When the Ravaging Flood Waters Recede 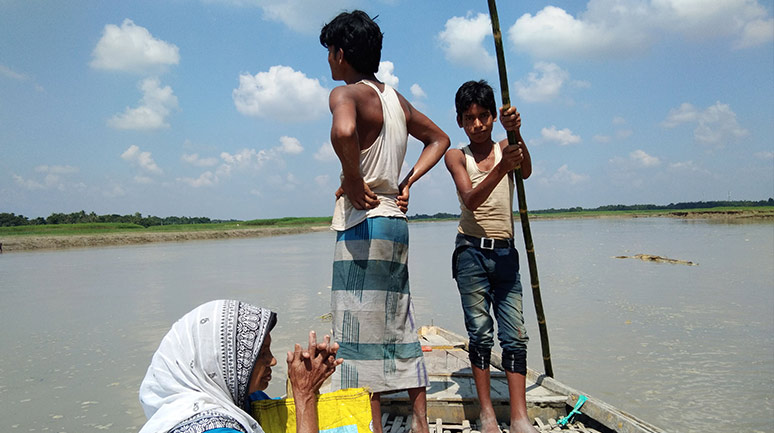 Hearing about floods and actually experiencing the death and destruction it wreaks are totally different; the PRADAN team realizes this as it struggles to find solutions to counter the devastating effects that the receding waters leave behind for the villagers.

A S INDIA TURNED 70 ON 15 August 2017, the people of Araria district had little to celebrate. Araria has Nepal in the north, Kishanganj in the east and Supoul in the south-west. Kosi, Suwara, Kali, Koli, Panar are the major rivers that flow through this district besides a few small rivers. Three days earlier, heavy rain pounded the area that adjoins Nepal. The rain intensified over the next two days. By the evening of 13 August, the Bihar government’s disaster management department had categorized Araria district as “entirely affected by floods”, alongside adjoining Purnea and Kishanganj districts. On 13th and 14th of August, Araria and the whole northeast Bihar experienced the most devastating floods of the decade, killing at least 514 people and affecting 1.72 crore people across the state, according to the state’s disaster management department. Over 8.5 lakh people have lost their homes, with Araria district alone accounting for almost 2.2 lakh homeless people. In Araria, 9 blocks entirely and 149 panchayats were flood-affected. Whereas these figures convey the scale of the disaster, they do not reveal the extent to which the floods upturned people’s lives and the fact that its repercussions will be felt for months to come. As water rushed into houses and farms across villages and towns in Araria, people fled for their lives, most unable to carry anything with them.

As water rushed into houses and farms across villages and towns in Araria, people fled for their lives, most unable to carry anything with them