The Being and Doing of CSR 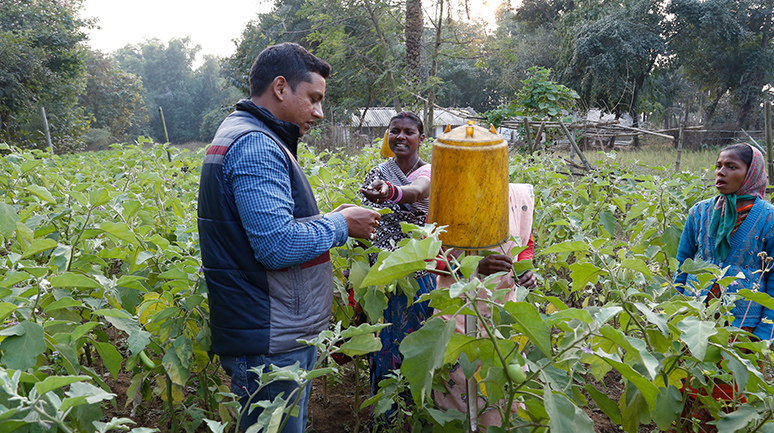 Emphasising the distinction between the being and the doing capabilities of a person and a community, the article stresses how corporate support in nurturing civil society, through collectives, will lead to holistic development of the poor, knowing they have the potential to bring about change in themselves and the world around them

“You don’t have to make headlines to be a hero. The ladies from Jaridih, Jharkhand, are addressing issues of domestic violence, family feuds and unemployment through strong rural collectives, or Self-Help Groups (SHGs). Indigo Reach (a CSR- initiative of Indigo Airlines) has partnered with PRADAN to empower these SHGs. Village organizations and gender leadership camps (were) initiated to create a knowledge-sharing pool and to build understanding on gender, sex and patriarchy.”

I t is, indeed, inspiring to see a corporate celebrating the rural poor women as they valiantly take on patriarchy and make an irreverent foray into taboo issues such as sex, gender and violence. The blurb on the pages of the Hello 6E, in Indigo Airlines, cheerfully announces where the Company has invested its CSR funds. Not for Indigo the beaten-track investments such as school buildings or sanitation units; or looking for brand-positioning opportunities. Instead, they have drawn on the lessons they have learned from working in the villages and have decided to strengthen ‘girl- power’ within their Company. This may be one specific instance of how some of the progressive corporate organizations are reconceptualising their investment in CSR. Being from a large NGO that is ever-short on funds, it is in the order of things for me to state that CSR funds are not usually forthcoming for projects that do not offer an opportunity to showcase a brand or when there is no immediate visibility of the Company. 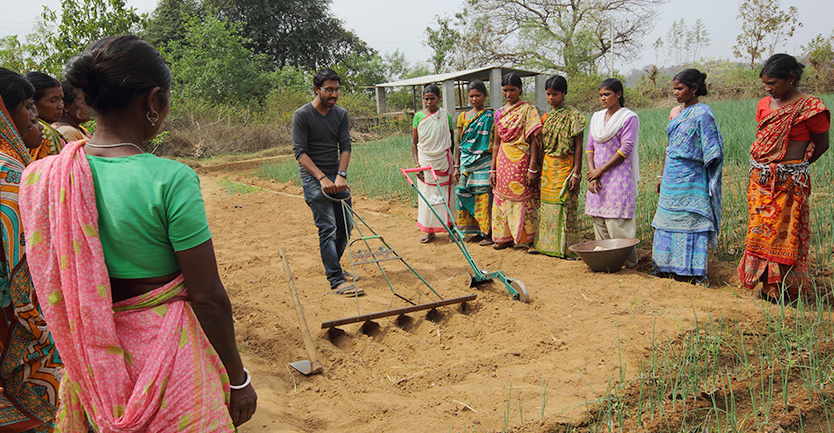 Section 135 of the Companies Act 2013 does allow for an assortment of avenues for investment of CSR funds. However, the suggested avenues are only guidelines; so it should be possible for companies to plan and evolve their own ways to identify the investment areas that suit them best, as long as they stick to the broader objectives such as eradicating extreme hunger and poverty, the promotion of education and so on. The Act does conceive CSR funds as supplementary to the funds being spent by the government; and, therefore, allows companies to liberally contribute to the PM’s Relief Fund or to Clean India Fund, Clean Ganga Fund, etc.

As per the Ministry of Corporate Affairs, the available data for the Financial Year (FY) 2015–16, show that 5097 companies spent a total of Rs 9,822 crores as CSR. As per estimates, the amount would not be less than Rs 13,000 crores in the FY 2018–19. Compared to the more than three lakh crore rupees that the government puts out for development, every year, this amount may be miniscule, but it has the potential to substantially improve the effectiveness of those funds, if invested imaginatively. It is an important call for CSR Heads to decide on whether they want to supplement the already massive resources of the government or strategically complement state resources, creating a multiplier effect.

“Poverty in India is a complex phenomenon. The scale and expanse of poverty and inequality is immense. There are no clear definitions on who is poor; suffice it to say that more than one-third of the world’s most desperately poor people live in India”

“Poverty in India is a complex phenomenon. The scale and expanse of poverty and inequality is immense. There are no clear definitions on who is poor; suffice it to say that more than one-third of the world’s most desperately poor people live in India”

P overty in India is a complex phenomenon. The scale and expanse of poverty and inequality is immense. There are no clear definitions on who is poor; suffice it to say that more than one-third of the world’s most desperately poor people live in India. There is no one silver bullet that will solve the problem of poverty and inequality in India and, therefore, any effort at alleviation will have to, as much as possible, address the root causes of poverty rather than just address the symptoms. Even if we do not agree on who is poor, there is an increasing realization among everyone that adding a few more rupees to the income of a poor household, albeit being a formidable task, is in itself not a solution to the myriad problems faced by the people. Amartya Sen, through the articulation of his Capability Approach to understanding human well-being has provided a strong theoretical backing to this notion. Sen has postulated poverty as a lack of capabilities, both being and doing, to lead a good life. As a corollary, development is defined as capability expansion. The ‘being’ capabilities are about whether the person thinks she has the agency to change the status-quo (of poverty and misery) and the ‘doing’ capabilities are actually the capabilities required to bring about the change.

“This is where the bulk of CSR investments must primarily go—towards nurturing civil society, leading to more holistic development. We need to build institutions in civil society that are inspiring and so that the youth is drawn to dedicate themselves in the long term and pursue their calling”

“This is where the bulk of CSR investments must primarily go—towards nurturing civil society, leading to more holistic development. We need to build institutions in civil society that are inspiring and so that the youth is drawn to dedicate themselves in the long term and pursue their calling”

T he basic tenet is that the poor people have the potential to bring about change (both in themselves and the world around them). But, how does one stimulate change in a community of people with a deeply limited sense of being and doing? This is where the role of groups comes in. Persons in similar circumstances will mutually support and reinforce each other’s quest for a dignified life. NGOs like PRADAN have chosen to mobilize women from the Dalit, Adivasi and other deprived communities into SHGs and Federations, which have now emerged as a very powerful pathway to a dignified life. Collectives are important because poverty in India is not just an economic issue but a social and political one. Poverty and inequality are perpetrated through the age-old forces of gender, religion, caste and class, which have built their own fault-lines in the social fabric, unceasingly mediating any change in status quo. Collectives have the confidence to take on these forces. They also have the opportunity to build linkages with external agencies such as the government departments, the panchayats, markets and other knowledge institutions, to mobilize the resources they need. Thus, the enormous quantum of resources available with the government, banks and other technical institutions have a much better chance of being invested more effectively.

The space for mobilizing communities through a process of knowledge and capability building has been the forte of civil society organizations, or NGOs. Civil society has been a trail-blazer in the domain of strengthening communities and facilitating sustainable and inclusive development, with the community in focus, offering innovative solutions to the deeply entrenched problems of poverty, livelihood, health and education, environment and so on. Moreover, it has nurtured the spirit of voluntarism in society and has become a space for those interested in a vocation of doing something for the others. This has been done by facilitating the entry of educated men and women into the voluntary sector and by encouraging local leadership, mostly women, in the villages and mohallas, to extend themselves in a spirit of citizenship. Whereas many individual Samaritans, most of those who enter and remain in the voluntary sector, do it because of the existence of the vibrant civil society institutions, which provide them guidance, mentoring and the space for learning, thereby helping them evolve into effective development workers. The CSO space provides the opportunity to pursue their passion and strive for social change, in partnership with the communities with which they work. This is where the bulk of CSR investments must primarily go—towards nurturing civil society, leading to more holistic development. We need to build institutions in civil society that are inspiring and so that the youth is drawn to dedicate themselves in the long term and pursue their calling. The CSO space has to evolve as an overarching eco-system for social change, which orchestrates partnerships with different stakeholders, including the state and the market, and catalyses change in scale.

NGOs are already recipients of CSR resources in a limited manner; these resources are more toward the delivery of specific outputs, in the short- term, and many-a-time only as service contracts. There is limited money for institution building. The costs of putting in place modern systems, advancing innovation, nurturing talent, ensuring a competitive compensation package, building and disseminating knowledge, and so on fall in the purview of institution building. The longer term patient funding and contribution to the Corpus is crucial in creating robust institutions. Most of these are not how CSR funds flow to NGOs today, and there is need for this to change. We need to build enduring partnerships between corporate organizations and CSOs to bring about the transformational change that we envisage in society.

Village Benduakona is now electrified through Solar Grid under the Clean and Renewable Energy Project funded by Bank of America CSR in Gumla district, Jharkhand

T he CSO sector in India is vibrant. It is ready today to envision audacious change; it is ready individually and as networks, to build fair partnerships with the large companies and the state, to build the nation together. With many conventional funding routes shutting down, it is an important need for CSR funds to indeed step in and support CSOs, not from a vantage of donors, but as co-travellers, in mutually rewarding alliances, to build the just and equal society of our dreams.

Narendranth Damodaran is the Executive Director of PRADAN.