Status of Adivasi Livelihoods: A Discussion on the Report 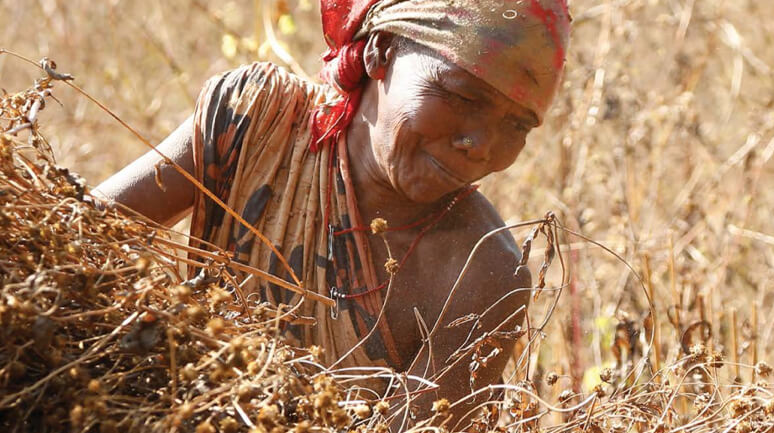 Conducting a study on the status of Adivasis has brought to the fore several ground realities, opening up the scope for discussion, dialogue and analyses among those who aspire for inclusive development on matters concerning the Adivasis

After 75 years of Independence and several provisions being included in the Indian Constitution, India’s tribal pockets lag far behind on basic development indicators. They experience extreme regional disparities. In spite of several schemes, programmes and incentives rolled out by the Indian government for Scheduled Tribes (STs), who comprise 8.6% of the country's population, little is known about the impact of these policies and programmes on the ground. Why do Adivasis lag behind on development indicators? Do government institutions evaluate the impact of their programmes? Do NGOs spare a thought about the impact of their interventions in these regions?

With the aim of finding answers to these burning questions, PRADAN brought out the Status of Adivasis Livelihood Report 2021 (SAL) on PRADAN’s Foundation Day that is, April 18, 2022. SAL was released by Shri Arjun Munda, Union Minister of Tribal Affairs. The report attempts to develop a more nuanced understanding of Adivasi livelihoods and the socio-cultural setting that shapes these livelihoods, in order to evolve a better response to improve their plight.

The aim of this initiative is to create a space to initiate dialogues, discussions and debates among all those aspiring for inclusive development on matters concerning the Adivasis. The intention is to bring out periodic reports, beginning with the Adivasi areas of Jharkhand and Odisha and extending to other Adivasi-dominated regions of the country in due course.

SAL has three components: a) A direct survey of 4,994 households, comprising 4,135 Adivasis and 859 non-Adivasis b) Focussed Group Discussions (FGDs) with Adivasi communities and c) Interviews with 40 Adivasis and non-Adivasis working for the cause of the Adivasis.

Dr. Gomati appreciated the effort put into creating the report to highlight the cultural ethos. She provided another perspective on the well-being of the Adivasi community. She opined that to understand the status of livelihoods as well as the socio-cultural ethos in Adivasi life at the same time through the lens of monetised income is implausible. Livelihoods, in the context of the Adivasi community, are not solely about the income; it is, in fact, about the social and cultural well-being of the community. For instance, in Sarna philosophy and spirituality, there is a symbiotic relationship between the Adivasis and natural resources. Another reason for low income from forests for Adivasis is because the government has not introduced any Minimum Support Price (MSP) for forest produce. There is lack of infrastructure and no space for any Adivasi mart, or mandi.

Dr. Ritambhara stated that income is crucial to one’s well-being; however, it cannot necessarily be the only factor to determine it. She stressed the need to accommodate the socio-cultural ethos and to understand that the well-being of an Adivasi society is not only restricted to the well-being of humans but also nature and its creatures. For instance, the report captures different sources of livelihood such as wages, remuneration, and salaries, but there is little emphasis on non-monetised sources of livelihood and practices such as the use of forest resources and common lands and the barter of agricultural services instead of monetized wages.

Although it is commonly believed that Adivasis are largely dependent of forests, the findings of the report reveal that the Adivasis’ dependence on the forests declined to less than 10%, which is counter-intuitive for many. According to Dr. Ashok Sircar, this decline in forest dependence should not be surprising because the tribal community’s control over forest resources has diminished over the years. They have no control over forest resources such as resin, leaves, fodder, water, medicinal plants or food products. Similarly, timber has become a commercial property under the new regulations of the Forest Rights Act.

The FGDs conducted for the study provide insights into the state of the Adivasi youth, who take pride in their identity, culture and social practices. Dr. Ritambhara highlighted the gap between the idea of tribal culture and livelihood options. Although the youth take pride in three cultural traits, that is, religious festivals, music and the attire entrenched in their work culture, they find the need to equip themselves with better education, skills and employment through better service delivery institutions. These changes are crying out for policies and interventions to be so designed that the larger socio-cultural ethos of society is preserved. Similarly, Dr. Phansalkar shared that despite poor resource abundance, nostalgic aspirations persist among community members. They are aware of the diminishing resources and of their aspirations not aligning with the current status of resources. There is the realization that they have not fully embraced new practices nor have they been able to utilize government services better nor the changes they need to bring about.

Dr. Majumdar highlighted two opposite forces at work in these regions. On the one hand, there is development deficit, in terms of the poor offering of capability services required for human development and exclusion from basic services and entitlements; on the other hand, there is a surplus of certain kinds of development activities. These regions witness hyperactivity in the construction of dams and in the extraction of mineral resources through mining, causing massive displacement and dispossession of Adivasis. Therefore, the report draws attention to the deliberate exclusion and false perception of the inclusion of Adivasis in different kinds of development activities.

Through this conflicting thinking, Adivasis pose questions about the kind of development the mainstream is propagating. For Adivasis, the well-being development of other living beings, the environment and the surroundings are equally important as is the development of human beings. Convergence in social and environmental justice when rolling out policies and programmes is the need of the hour. Further, Dr. Anup Dhar took the discussion to the macro level by projecting the paradoxes in the SAL report. The kind of questions the study attempts to find answers to speaks of the position one takes on the development debate. How do Adivasis and non-Adivasis see their relationship with development? For instance, the education data shows minimal difference between Adivasis and non-Adivasis at the primary level but the difference starts appearing at the higher secondary level in Jharkhand and Odisha. Dr. Dhar wanted to explore whether the problem of poor educational attainment in Adivasi households is intrinsic or extrinsic to their society. Dr. Dhar wondered if we have the expertise to decide the indicators by which Adivasi society and its development should be measured.

The Report may be utilized in different ways, including: