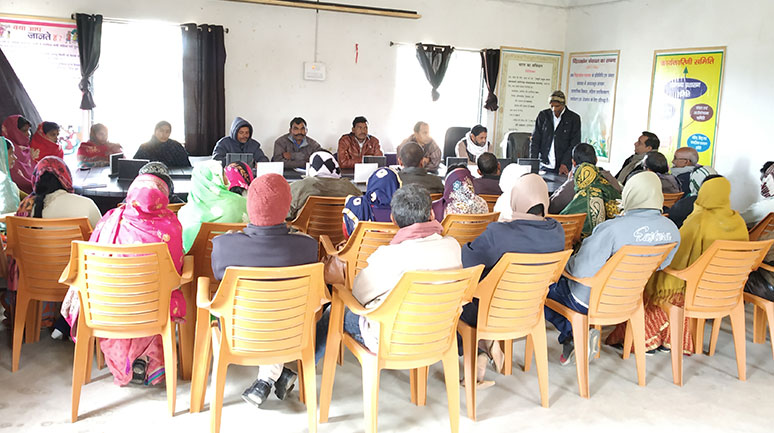 In the words of Mahatma Gandhi, “The best, the quickest and the most efficient way is to build up from the bottom...Every village has to become a self-sufficient republic. This does not require brave resolutions. It requires brave, corporate, intelligent work...”

P ANCHAYATI RAJ INSTITUTIONS (PRIs) in India are a homegrown effort to decentralize government activities, to promote greater participation in governance by the public. This process of democratic decentralization was set in motion with the 73rd Amendment Act of the Constitution passed by the Indian Parliament in 1992, enabling decentralized governance through PRIs in rural areas.

Following its constitution as a separate state, Jharkhand enacted the Panchayati Raj Act in 2001. This was done in accordance with the provisions of the 73rd Amendment to the Constitution and that of the Panchayat Extension to the Scheduled Areas (PESA) Act 1996 that are applicable to this state. The state, accordingly, brought about changes in its Act and announced the panchayat elections.

The lack of institutional capacity, coupled with insufficient devolution of funds, functions and functionaries have restricted the effective functioning of the panchayats

In Koderma and Hazaribagh districts, women leaders of the Federation promoted by PRADAN stood for panchayat. elections. The Federation supported 125 candidates, of who 63 won and 14 lost by very close margins. However, the women soon realized that without institutional support, nothing would change. In this context, PRADAN, in partnership with ANODE (a Bangalorebased organization working with panchayats in Karnataka), initiated a programme called Strengthening Panchayat Actions for Community Empowerment (SPACE) in 2017 with 11 gram panchayats (GPs) in Telaiya block. An MoU was signed between the GPs and PRADAN. The signing of the MoU helped the panchayat. understand that it can act as an independent institution

Subsequently, a visit was organized to Kerala to expose them to the Kudumbashree model, wherein the PRI and the Community Based Organisations (CBO) work hand in hand. Following this visit, a learning-sharing meeting of the Mukhiya, the panchayat Samiti member and the Federation leaders was organized at the panchayat level, to have them speak about their experiences from the Kerala exposure visit. These activities steadily started helping Ward Members connect with other Ward Members and build a unique vision for their panchayat. Later, a three-day workshop was organized for elected representatives, women Federation leaders, important figures from the villages and frontline workers, in which all of them sat to re-imagine and prepare a vision plan for the panchayat.

Shailendra Kumar Singh works with PRADAN as an Executive and is based in Koderma district.