Not to ‘Empower Women’: A Musing on Efforts and Interventions 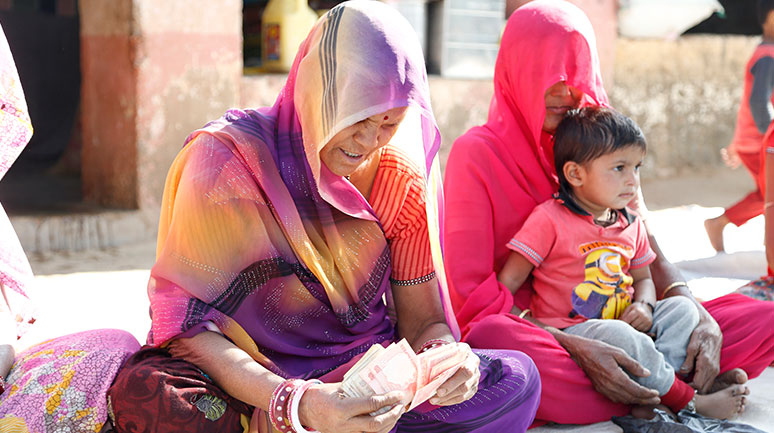 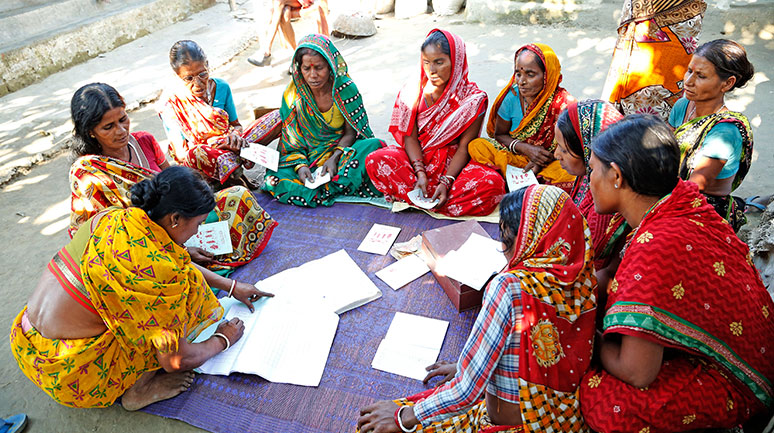 There is a perception that women are the most vulnerable, and so any action for them will be empowering; this is a fallacy.

T he rhetorical use of ‘empowerment’ in the development discourse started taking shape from the mid-20th century as a means to challenge power structures for public good.Since the mid-1990s, it has been used profusely across all sectors (including corporations), giving it the nuance of a cliché.

In the same rhetoric, the debate on women empowerment has intensified as a fundamental approach for transforming power relations in favour of women. However, whereas the term ‘women empowerment’ has been used frequently by policymakers, professionals and academics; there is little clarity as to how it can be achieved.

That’s why, drawing on my experience as a development professional in PRADAN working with women’s collectives, women leaders, funders, government and programmes, I attempt to revisit the effectiveness of efforts in women’s empowerment.

Given the ever-increasing focus of government, funders and professionals on including women in various schemes and programmes, it is imperative to make a distinction between the programmes that are for women, and women’s empowerment. Because in the present scenario, anything happening with, or for women,falls under the category of ‘women’s empowerment.’

The above hypotheses consider women as conduits for households to access credit, thereby limiting the scope of the empowering process.

When PRADAN started its team in 2013 inKishanganj district of Bihar, the first question asked in the community was the benefit people would get by organising women into SHGs. At the end of one year, our team could promote only 20 odd SHGs and faced many obstacles from men, as they were against the idea of allowing women into any collective publicly.

The year 2015 was different, especially when NRLM intensified its operations in the district. There was a tenfold rise in the number of SHGs— and this happened without much of our facilitation. Some of the men who were against the idea of women getting into SHGs, started approaching us to start operations in their villages. It was obvious that the monetary benefits assured by NRLM in the form of government schemes, grants, and credit persuaded the men – women at best were channels to avail those benefits.

the monetary benefits assured by NRLM in the form of government schemes, grants, and credit persuaded the men – women at best were channels to avail those benefits.

T he model of extending small credits to women’s groups without collateral boosted the SHG movement in India, which has been appropriated by NRLM. Over a period of time, there has been an attempt to establish connection between access to credit and empowerment for rural women.

The major argument put forward is that there is a lack of opportunity for rural women owing to the lack of robust credit services; thus, they live at subsistence level, and are subservient to household needs. It is further argued that micro-credit, facilitated through SHGs, may help women to engage in income generation activity thereby increasing mobility, confidence, and overall status of women.

In all of these arguments, the fundamental assumption is that economic activity for poorer households is primarily dependent on availability of credit, and credit leverage may help communities to fight poverty. It is worth noting that the same amount of credit support to the two families having similar economic profile does not mean that the impact of credit would be the same for both families. However, the fact is that the biggest flaw of the credit-centric model is that it does not take into account other factors such as attitude, ability, assurance, asset, cultural aspects and family history.

What makes the policymakers and nonprofits think of credit as an empowering mechanism?

I It stems from the affinity group approach being developed for extending credit to women, which creates an illusion that women congregated in a group and having regular meetings, is sufficient to facilitate empowerment.

There are a lot of cases where men influence loan decisions, whereas on the surface, women seem to be forwarding the application. In fact, helping women to decide and act on their livelihoods is a slow and engaging process. However, flagship programmes like NRLM, operating with a mandate to reach larger geographies, do not look much into the utilisation and management involved in extending loans to women. It is obvious that without engaging with access and control of household- level benefits, much progress on women’s say in decision-making cannot be brought forth.

Another argument is that creating earning opportunities for women will be empowering and may help women to exert their rights. This seems to be logical but my experiences here in Kishanganj have been different.

For instance, Santhal is a scheduled tribe (ST) community whose women are predominantly engaged as agricultural labourers; they contribute to 30-40 percent of their household income. Yet, they are not free to decide where to go for work or whom to work for. Decisions are mostly taken by male counterparts, even if they are not physically present in the village. There are many women from the rural heartlands, who toil as hard as men, but do not enjoy equal rights.

So, it throws a big question: if not credit, if not income, then what?

I t’s not that credit does not create impact in the lives of women, in fact for many it’s a boon, especially independent farmers and entrepreneurs. Similarly, income in the hands of women does have an impact on the confidence of women. But access to income and credit is a step towards realising equality. It alone is not a sufficient condition for empowerment. Nevertheless, most of our programmes revolve around these two aspects without hitting the social structures we are in.

Another short-sighted view is that empowerment is largely treated as an end goal in itself. It generally leads to a frail strategy where creating one kind of benefit-driven programme is thought to be empowering. Hence, in most of the cases, policy makers and workers consider affirmative action as empowering for women.

The Pradhan Mantri Ujjwala Yojana (PMUY), launched in 2016 by the Government of India, is one of the best examples. No doubt, PMUY if implemented in a proper way may reduce the burden of thousands of women and children engaged in collecting firewood; it has instead created any change in gender relations at home? The answer is a blunt ‘no’. There is a perception that women are the most vulnerable, and so any action for them will be empowering; this is a fallacy.

There is a perception that women are the most vulnerable, and so any action for them will be empowering; this is a fallacy.

I n my experience, people must take it upon themselves to bring change and in that sense, change cannot be intervened. We need to engage with women across different communities and structures because they themselves are the best judge of their lives and the platforms they need. Once such a strong environment in a closed affinity group is created, people tend to forge partnerships to challenge unequal norms. Obviously, SHGs have been looked at as one such mechanism. However, the way it is being promoted— as a vehicle for delivering benefits to the households— may no longer serve the purpose of building such communes of support.

W here women’s collectives, created by NRLM, are a great capital to work on issues faced by women, they are also increasingly used as vehicles to route funds and offer government programmes. Given this, such collectives naturally deviate from women’s issues to the mandate of the government.

All said and done, the path leading to empowerment is still long, as gendered identities exist in our values, beliefs and action. There needs to be greater partnership among policy makers, funders, academics, practitioners, and media, to help create an environment of dialogue within communities, and within institutions. This kind of partnership must guarantee that there are constitutional 4 | Page arrangements for safeguarding people’s right to speak up and engage in public discourse. Mere laws and provisions are far from sufficient.

Sudarshan Thakur works with PRADAN, a voluntary organization working in endemic poverty regions of India. Currently, he is based in Shahdol district of Madhya Pradesh as an Executive. He has profound experience of working on gender and livelihood issues in the rural context. He is a post graduate in Geography from Gauhati University, Guwahati (Assam).

The article has also been in published in India Development Review (IDR) https://idronline.org/the-problem-with-women-empowerment-schemes/ and Next Billion https://nextbillion.net/trouble-with-womens-empowerment-india/?utm_sq=g408jsd30d&utm_source=Twitter&utm_medium=social&utm_campaign=NextBillion&utm_content=NBDailyPostTweets