Combining Head and Heart to Transform the Lives of Poor People: My Experience in PRADAN 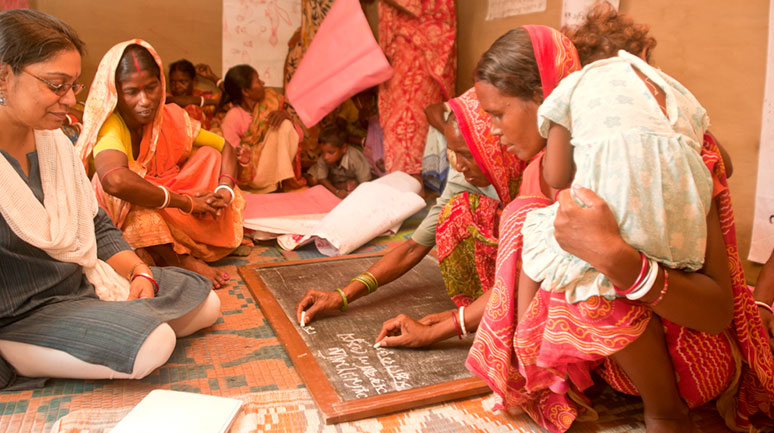 Remembering the influences on him during his formative years in a village in the Himalayas, his education that took him across continents, his drive to return to India and work with the poor and the marginalized, the genesis of PRADAN and his over three-decade journey, this acceptance speech brings alive the quiet determination and clarity and humaneness of the speaker, who co-founded PRADAN

I am not much of a public speaker and as an essentially intuitive person, am most comfortable in interactive dialogue. What I say here is, therefore, to bring you on board with me, with my journey as a professional and my work so that we can have a dialogue, in which I hope you will participate. I will quickly share with you my early years before I share with you my experience of PRADAN, the organisation I have had some role in fashioning.

My Ignorance of NGOS and Development

The buzz and glow of Independence was still around when I was growing up as a child in a tiny village, up in the Himalayas. Yet, I had not a clue about what all this meant for my own life or career. Did I have a role in ‘development’ or in ‘nation building’

I had my first encounter with what I later learnt to be ‘development’ when I was about eight. The government had recently begun the Community Development Programme. A development office called the Community Development Block had been created for a cluster of around 100 villages; in all there were about 5,000 such offices across the country. Headed by a block development officer, it had a team of technical specialists and village-level workers. One such village-level worker came to our village to teach us the technique of growing paddy nurseries on raised dry beds. While helping him lay out the nursery, I remember being amused to see an ‘officer’ in neatly pressed clothes and shining shoes working with a shovel. While nothing much came of the nursery, my father would periodically talk of this or that ‘scheme’ through which he would get new seeds, saplings of fruit trees, money for paving the walkway and building a bathing place in the village, etc. So, this to me was ‘development’ and was done by some government office, just as schools were run and roads built. And I never thought of working in such an office.

Stumbling into a Profession

Students good at math were expected to study engineering in those days. Things, sadly, have not changed much! So, I did, upon securing admission in an engineering college through a competitive examination. In a way, it was a prize earned for having done well in school rather than a choice made consciously. All I knew of engineers then was that they went around in jeeps, inspecting road construction, were regarded in high esteem and seemed to have much authority. As I learnt more about what engineers did and became more conscious of my proclivities, I decided against choosing the normal occupations for engineers in government and factories. I had to get a job to support my siblings in college, I, therefore, chose to teach engineering in my alma mater. Although I knew I would need a doctorate to get anywhere as a teacher, that would have to wait till my siblings finished college.

Deep Joshi is the founder of PRADAN. He delivered this speech at the Magsaysay Awards Presentation Ceremony on 31 August 2009, at the Cultural Center of The Philippines