Adivasis, their Universe and Me 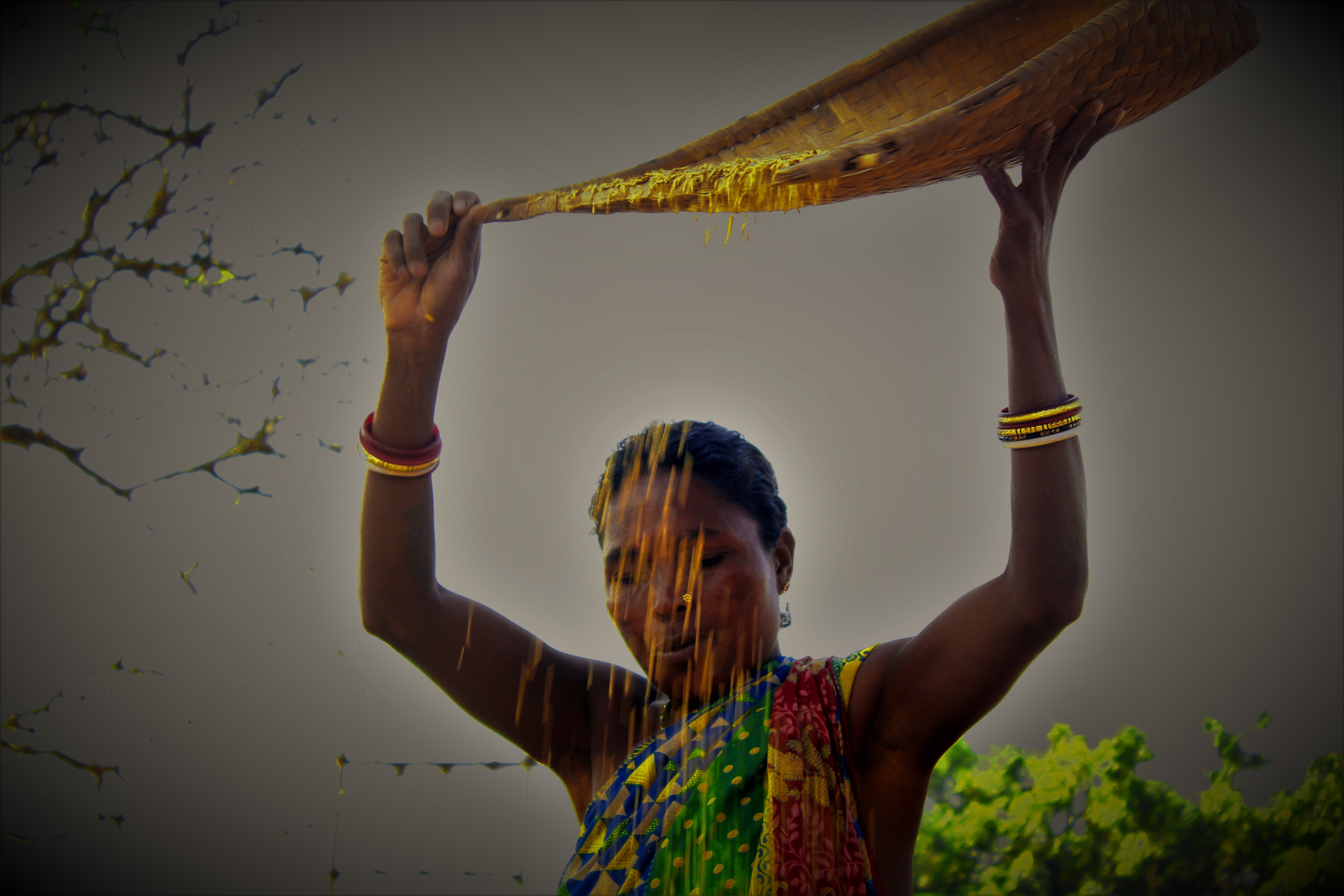 Recognizing and respecting the enormous wisdom of the adivasis and the age-old ways they care for the ecosystem while sustaining themselves will go a long way in supporting us to use our resources judiciously. Any sweeping changes imposed on them without an understanding of this delicate balance will have disastrous consequences on humankind and our planet

The tribals/indigenous people/adivasis, (original inhabitants) of India constitute roughly 8.61 per cent of the total population of 139 crores as per Census 2011. Based on the assessment of the United Nations Development Programme (UNDP) Factsheet 2011, the human development indicators of the tribals are 54 per cent lower than that of the other communities of the India. Adivasis are the primary focus of Schedule 5 and Schedule 6 of the Constitution. They usually reside in areas with plenty of natural resources. Being the most underdeveloped segment of society, many development initiatives have been undertaken for and with them.

I joined PRADAN 1 on 2 August 2005 as a Development Apprentice in Keonjhar, Odisha. That very day, I accompanied one of my colleagues to a remote adivasi settlement. After the meeting with the community, I walked back to my bike parked in front of a house. While crossing the courtyard, I realized I was walking on freshly smeared cow dung, slippery and gooey. No marks for guessing that I couldn’t go back to the house nor did I reach the bike safely. I made a complete fool of myself by slipping and rolling in the cow dung. This was my first encounter with the world of the adivasis and indicative of my mental state thereafter. Once I began attempting to understand adivasis and their universe, I could neither go back to my earlier self nor reach a concrete understanding about the development of adivasis. This narration is an episodic collage of my encounters with the ecosystem and livelihoods of adivasis in different districts of Odisha.

During the initial days of my ‘Village Stay’ in Mayurbhanj district, I stayed in an adivasi village, which predominantly had kuchcha (temporary) houses. However, there was a small, concrete colony surrounded by high walls in the far corner of the village. The houses within the boundary were like small cages with very poor ventilation. This small area was occupied by the Hill Khadia tribe 2 , that was displaced to reduce the man-animal conflict from the core area of Similipal biosphere, a tiger reserve, although most of them did not want to leave their village. The other adivasis in the village seldom interacted with them and kept a certain distance from them because the Khadias were hunters and gatherers. I began visiting their colony and, gradually, some of them started opening up with me.

One day, the adivasis invited me to go to the forest with them. In the forest, they pointed to a bird perched on a tree and asked me how I would describe it in my language. “The bird is sitting on the tree,” was my answer. After a brief silence, one of them said, “You know, in our language, we just say the bird is on the tree; we do not interfere in the world of birds and determine whether they sit or stand.” I found a parallel in this answer with the forced rehabilitation of the Khadias in the name of tiger conservation. It seemed to me that decisions were being taken for them by those who have little understanding of their world view.

That day, they showed me how they harvest honey and bee wax sustainably from the jungle; the way they cut certain branches so as to help plants grow better; and how they collect lac and other NTFPs. I also saw how they made traps to catch animals for meat. Their traps did not kill the animals. They said they release the pregnant and lactating animals and never harm them. Every activity of theirs was done with precision and a great deal of scientific observation. They were concerned not just with looking for food and forest produce to enhance their income but were also equally committed to rejuvenating nature and replenishing the biosphere.

Every activity of theirs was done with precision and a great deal of scientific observation. They were concerned not just with looking for food and forest produce to enhance their income but were also equally committed to rejuvenating nature and replenishing the biosphere.

Research shows that in order to come alive again, the jungle need the adivasis; however, these stewards had been thrown out of their biosphere and had been ‘caged’ in dark concrete structures, where their voices go unheard by not just the bureaucracy but also their fellow adivasis. Many of their children are in residential schools and are bereft of the rich knowledge and skills of their forefathers. In school, the children are trapped in a conventional education system. During their vacations, when the children come back to the village, they do not connect to the lives and livelihoods of their parents. This generation is expected to get assimilated in the mainstream; however, they remain suspended between their traditional world and the modern mainstream.

In 2010, I began work in Kandhamal district, a district named after the Kandho tribe. I tried my best to start settled agriculture with the Kandhos, who were traditionally goatherds and practised shifting cultivation. One Saturday evening, dejected with my futile efforts, I went to their village meeting in the night. Sitting around a fire, the villagers invited me to spend a day with them. The next day, I went with them and their goats to the jungle. They were equipped with ropes and a small axe. They manoeuvered through the thicket, cut the best succulent leaves in a way that the nodes were spared for further growth, guided the livestock away from poisonous mushroom patches, picked up medicinal herbs and, after an arduous walk, returned to the village. They shared how they select the trails for each season, and what plants grow on which route and how it benefits the overall growth of the livestock. For example, they take their goats through the mahua forest in summer because it helps the goats gain weight and have a shiny coat; in the rainy season, they take their livestock to patches with edible tuberous undergrowth, which ensures food for goats and shelter from rain. 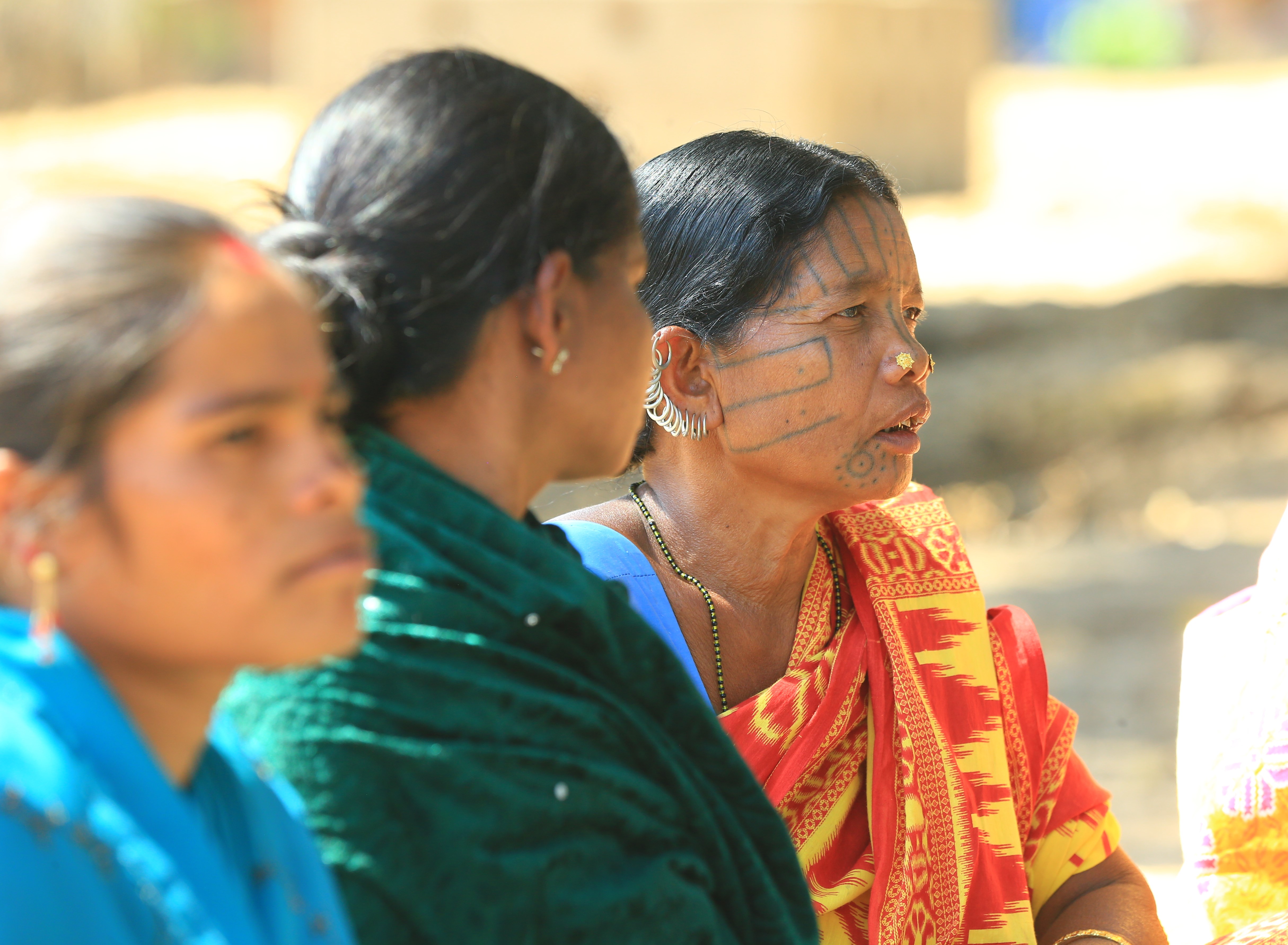 The adivasis wanted a better income and life; however, they did not want to adopt the conventional income-oriented agriculture, which they knew jeopardizes their bond with the forest and the autonomy they enjoyed. I started learning goat rearing from them and they made it one of the most successful income-generating activity. Over a period of time, their dependency on the forest reduced; the bond with the forest intensified, however, with the reduction of shifting cultivation and standardization of livestock rearing through scientific measures and application of their wisdom on systematic grazing of livestock.

The lives of these adivasis are under stress for various reasons, including the increase in marijuana cultivation in their forests, the migration of youth for better income, and the availability of amenities such as mobile phones, LED TV and bikes. There is ongoing conflict between the older and the younger generation about livelihood choices; the older generation is gradually losing ground. These villages may soon get converted into suburbs or these will remain villages from where the youth have migrated to suburbs or ghettos.

In 2018, PRADAN, Azim Premji University (APU) and the Oraons (the adivasis of Jana village of Jharkhand) carried out an action research named Adaptive Skilling Action Research (ASAR). I was part of the PRADAN team. Through intense deliberations, the Oraons, who are settled agriculturists, arrived at the conclusion that the future of their livelihoods and life choices would not be just based upon modern scientific and technical knowhow but on their traditional knowhow and their collective rights over the village forest. Their collective ethos, cultural heritage and age-old understanding on seed preservation, cultivation, crop choices and practices are time- tested and complementary to their ecosystem. Villagers prioritized community forest rights as a means to ensure better nutrients for their land and a better future for their children. They understood that their lands are fertile because of the forest, which ensured adequate rain, and provided many herbs and other non-timber forest produce. They prepared biodiversity registers and educated the children about the traditional knowledge. That very year, under the provision of the Forest Rights Act, they applied for community forest rights. Their village unanimously decided to revive the practice of guided grazing, collective farming, traditional ways of water management and equitable distribution by strengthening their gram sabhas. 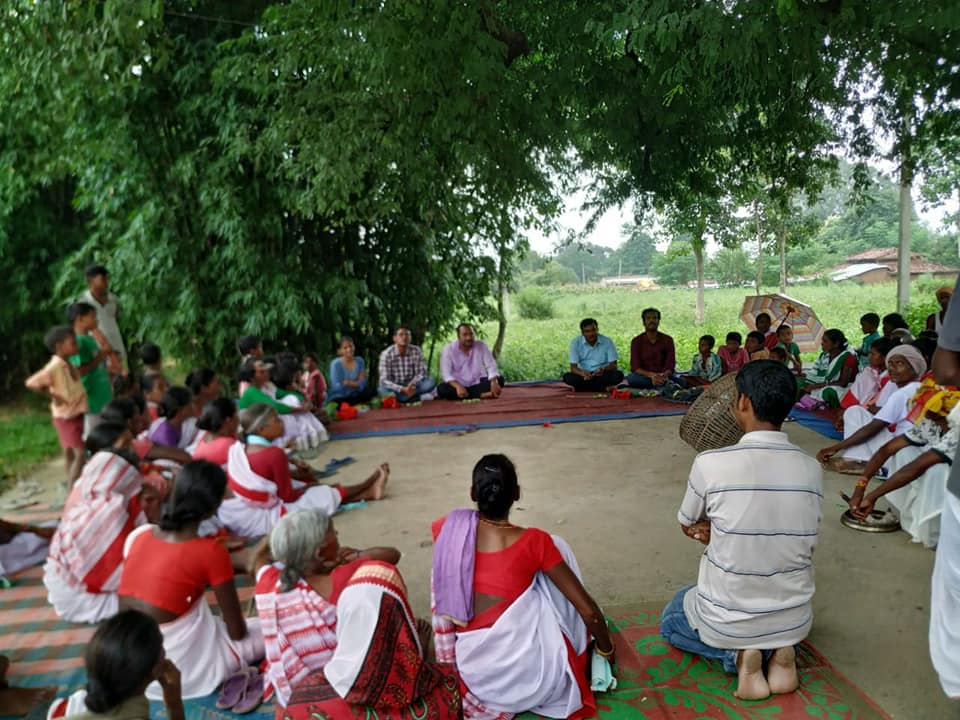 The revival of sustainable life choices and improvising to make these practices relevant to current times is an uphill task. Many of the practices have been passed down over centuries, some are forgotten and many farmers lack the skills to accomplish this. The process of revival, through trial and error, will take time. Most important is to let go of the addiction to unsustainable practices such as application of chemical fertilizers and pesticides. The farmers of Jana village alone may not necessarily bring the desired change because the market, the practices of nearby farmers and needs at the household level do not all converge with these principles of learning with nature. I hope the will of the farmers to practice sustainable livelihood choices with a focus on the rejuvenation of the ecosystem will bring significant change in perception of community within the practice of modern agriculture because this is one of the last bastions.

Over a period of time, my idea about the transformation of the human condition has shifted from the industrial mode of development to the adivasi’s universe of khushal zindagi (happy life), wherein livelihoods alone are not the centre of the development spiral. Included in this is the preservation and rejuvenation of the ecosystem through the livelihood choices of the individuals. The markers of transformation are not regulated by our notion of rapid progress; these are actually a set of dedicated processes of learning and unlearning aimed at sustainability. My experience with the adivasis showed me that they are entrepreneurs of a different mould because their enterprises and their tradeoffs are very different from any conventional understanding of economics. They have deep understanding of their fragile ecosystems and make livelihood choices accordingly. As their understanding of their ecosystem evolves with time, their negotiations with stakeholders also mature. The irony is that the cycles of nature take time because nature has time in abundance. In our fast paced development ideas, this so-called slow wisdom does not have enough space to thrive. Our current lifestyles and aspirations push the adivasis into becoming machines; the fallout is that they are gradually getting alienated from their universe, physically and psychologically.

I struggle to express these insights in our fast-paced development scenario. The slope of change is also very slippery. My understanding of various aspects of development in tribal areas is evolving with time and I am afraid that the measured yet significant steps toward khushal zindagi have already been delayed.

Satish Patnaik, an agriculture engineer, started his career as a Development Practitioner in PRADAN in 2005. He is currently based in Sambalpur and supports partnership with 9 partner NGOs in 5 districts of western Odisha. He has worked in rural tribal belts of Odisha for ten years. He has also worked in the human resource development unit of PRADAN and supported the Development Apprenticeship Programme. Later, he anchored action research in partnership with Azim Premji University as Team Coordinator in the Research and Advocacy Unit of PRADAN for one year.