Adivasi, Tribe or ST: The Debate on the Status of Adivasi Livelihoods 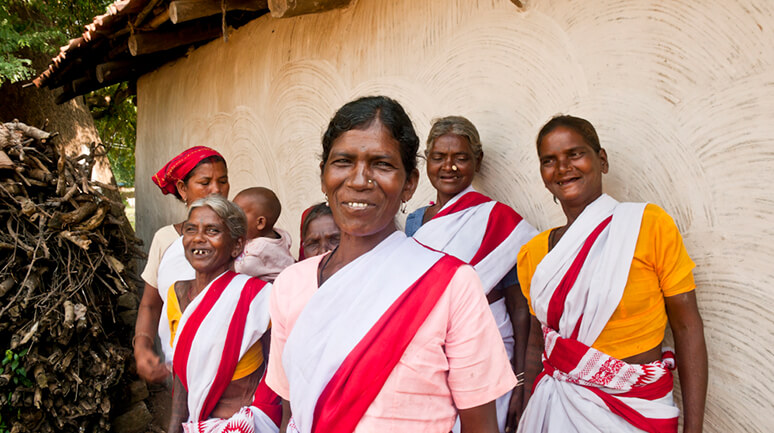 Using the label ‘Adivasi’ (and not ‘tribe’ or ‘ST’), meaning ‘original inhabitant’, for themselves was the Adivasis’ proclamation of their right to ownership of the land in which they lived for centuries as well as a signal, to all those who passed by, to back off!

The report on the Status of Adivasi Livelihoods (SAL) 2021 was released on 18 April 2022 on PRADAN’s 40th Foundation Day. This made the release more significant because PRADAN has been, in the last 40 years, mostly working in the Central Indian Plateau Region (CIPR)—the heartland of the tribal people. About 60% of the people, with whom PRADAN works, are Scheduled Tribe (ST). The first report covered two states, namely, Odisha and Jharkhand. In the subsequent years, it will cover other states of CIPR that have a significant tribal population.

During the study, several opinions were expressed regarding what term to be used to denote the group of people, who are the subject of this report. Three terms were getting considered—Adivasi (original inhabitant), ST and tribe. The debates were around whether some terms were derogatory, whether we should use ‘official’ terms, whether we should use the term that the group of people—the subject of this study—prefer, etc. A rigorous literature review was done to understand the meaning of these terms, including their origin and significance. The views of the villagers and the interviewees regarding this were elicited. Based on the literature review and views of villagers and interviewees, a decision was taken to use the term ‘Adivasi’ in this report. Nevertheless, the terms ‘tribe’ or ‘ST’ could not be avoided completely because these terms have been used in many governments and/or other published documents that have been referred to in this report. Moreover, the sampling was done, based on the ST population. This article will describe the term ‘Adivasi’ has been preferred in the report.

Initially, the term ST was used because the sampling was done from the Integrated Tribal Development Programme (ITDP) blocks. These are blocks that comprise more than 50% ST population. This came under re-consideration during the personal interviews of eminent scholars and social and cultural activists, who work on the issues facing Adivasis. Almost all 40 of them said that the preferred term was ‘Adivasi’, at least for the tribal groups in central India. Focus Group Discussions (FGDs) were conducted in 28 villages, where people said that they would prefer to be called Adivasis. The term ST, according to them, is mainly used by the government for official purposes; the people concerned do not use this as their identity.

The term ‘tribe’ was first coined in India by its colonial rulers, based on their experience in Africa, where they found a group of people, who didn’t have a written history and were considered as a kinship-based group in the stage of evolution. By and large, the group of people, who have originally not been part of the caste-based society in India, were termed ‘tribe’ by the colonial rulers. This is unlike the Dalits, who were part of the caste system either as shudras or out-castes. Many of these tribal groups were labelled ‘criminal tribes’ by the colonial government; this was repealed in 1949 after Independence.

Post-independence, the Constitution of India defines ST in Articles 366(25) and 342. The criteria followed for specifying a community as ST are: Indications of ‘primitive’ traits, distinctive culture, geographical isolation, shy in contacting the community at large, and backwardness. These criteria are not spelt out in the Constitution but have become well-established. It subsumes the definitions contained in the 1931 Census, the reports of the first Backward Classes Commission 1955, the Advisory Committee (Kalelkar), on the Revision of SC/ST lists (Lokur Committee) 1965, and the Joint Committee of Parliament on the Scheduled Castes and Scheduled Tribes Orders (Amendment) Bill 1967. 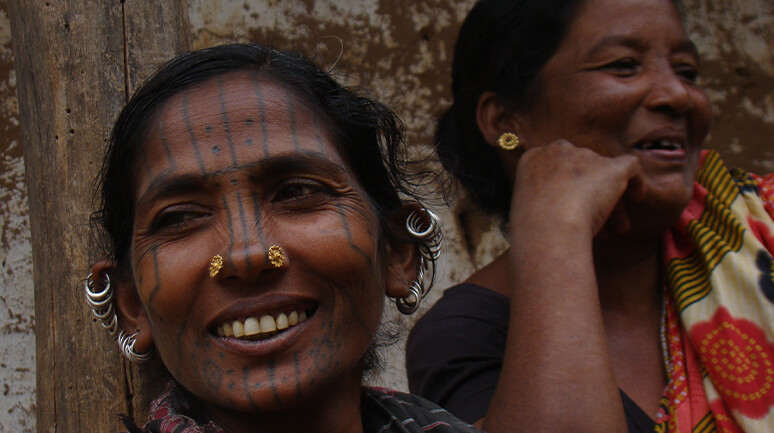 Are Tribe, ST and Adivasi the same?

The terms ‘Tribe’, ‘Scheduled Tribe’ or ‘Adivasi’ are not the same. The tribes of North-East India usually do not use the term ‘Adivasi’ to denote themselves. Further, the state governments decide the ST status of a group. People, who are STs in Jharkhand, therefore, may not be listed as STs in Assam. For example, Santhals, Oraons or Mundas are not considered ST in Assam. Gonds are considered ST in Chhattisgarh and Madhya Pradesh but not in Uttar Pradesh, where they are considered Scheduled Caste (SC). Further, historically, there were mergers and separations among tribal groups. For example, Baigas were said to be part of the Gond tribe in some part of history, from which they later separated.

The popular discourse of the STs being backward, primitive, shy, etc., provides a certain kind of legitimacy to discarding their way of living and their worldview, and compels them to follow a particular path of ‘development’ as defined by mainstream society. This also legitimises their displacement and dispossession for the development projects of the state and exposes them to the raw material exploitation by big industry. In response to this discourse, tribes started claiming that they were the original inhabitants—‘Adivasi’—of the region.

This claim of being an original inhabitant may not be proven historically or archaeologically. However, the claim is to be seen as resentment against displacement and dispossession. The term Adivasi conveys that these people do not only depend on the natural resources where they live but also are owners of those resources. Jaipal Singh Munda—an Oxford graduate, member of the constituent assembly and former captain of the gold-winning Indian Hockey team—brought the term ‘Adivasi’ into the political discourse during a constituent assembly debate. Thus, Adivasi is a political identity similar to the term Dalit.

There is a misconception among non-tribal people that the term Adivasi is derogatory. It’s the other way around. It’s an identity claimed by this group of people, who have been subjected to many historical injustices—displacement and dispossession being the most painful among these.

SAL will continue to focus on Adivasis

Apart from central India, a large number of social groups in North-East India are also identified as STs and come under the Sixth Schedule of the Indian Constitution. However, the socio-economic condition of STs there is believed to be much better as compared to the Adivasis of central India, mostly because there the tribes retained their access to and control over the natural resources, which the Adivasis of central India could not. The issues that the tribes in the North East are facing are different.

Parijat Ghosh, an electrical engineer turned development practitioner, has more than 15 years of experience of working with marginalised people in Central Indian Plateau. Her work involved mobilising women in small groups to help them take up activities such as savings and credit, reeling and spinning of tasar yarn, agriculture, etc. She is currently based at New Delhi and working as Team Coordinator, Research and Advocacy in an Indian Non-Profit organisation called Professional Assistance for Development Action (PRADAN), She also has worked with the human resource development unit of PRADAN, where she provided leadership in designing and conducting the early training. Her interest areas include organisation development, sustainable intensification and gender.

Dibyendu Chaudhuri is currently working in Research & Advocacy unit of Professional Assistance for Development Action (PRADAN), a non profit organisation in India. A Geologist by education, Dibyendu has spent more than 22 years mobilising people from indigenous communities in the central Indian plateau and helped them in strengthening their livelihoods