How to Double Farmers’ Incomes

In a country as vast and diverse as India, it will require a variety of development approaches to bring the benefits of growth and prosperity to all agriculturalists 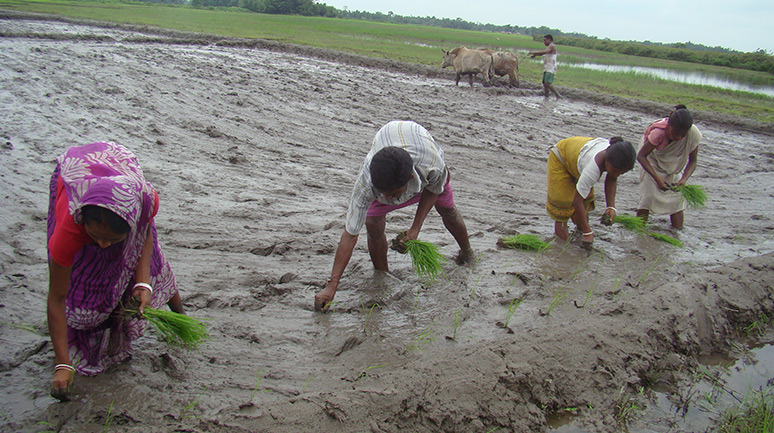 Almost 90 per cent of India’s farmers are small and marginal land-holders. Farming is typically restricted to the monsoon months and crop productivity is abysmally low

In February 2016, the Central government had set a goal of doubling the income of farmers by 2022 in real terms from the baseline income of 2015-16. The timing of the declaration was most appropriate, as the farm sector was struggling to recover from a severe drought in 2015-16. There was a decline in farmers’ incomes, rising indebtedness of farm households and a sharp increase in the incidence of farmer suicides. The contribution of agriculture to the country’s gross domestic product (GDP) had fallen to 18 per cent, though agriculture accounted for 50 per cent of employment. The target set by the government was indeed an ambitious one, calling for a growth rate of 10 per cent in real terms every year from 2016 onward.

Where are we in 2020? As per the Economic Survey 2019-20, in the past five years, the average annual growth rate of agriculture and allied sectors has stagnated at 2.9 per cent in real terms. The farm sector needs to now grow at 12-15 per cent annually in the next three years to reach anywhere close to the target. The existing set of policies and actions on the ground have so far proven grossly inadequate to stimulate growth in the farm sector. The country was thus been keenly awaiting the Budget.

The combined budget of agriculture, rural development, fisheries and irrigation is Rs 2.83 trillion. The outlay for agriculture has seen a small increase, from Rs 1.39 trillion last year to Rs 1.43 trillion for 2020-21. Given the current state of rural distress, one would have expected a much higher allocation.

The finance minister has formulated a 16-point agenda to stimulate rapid growth in agriculture. A closer look suggests a preponderance of concerns to organise supply chains and link farmers to the market. From asking the states to adopt model agricultural laws, “one product, one district”, a stress on inventory storage in villages, geo-tagging of warehouses and cold storages, to the idea of Krishi Udaan and Kisan Rail, the priorities are consistent with the focus. It is pertinent here to ask: What is the readiness of our farmers to take part in market-based models? What is their suitability for participating in supply chains?