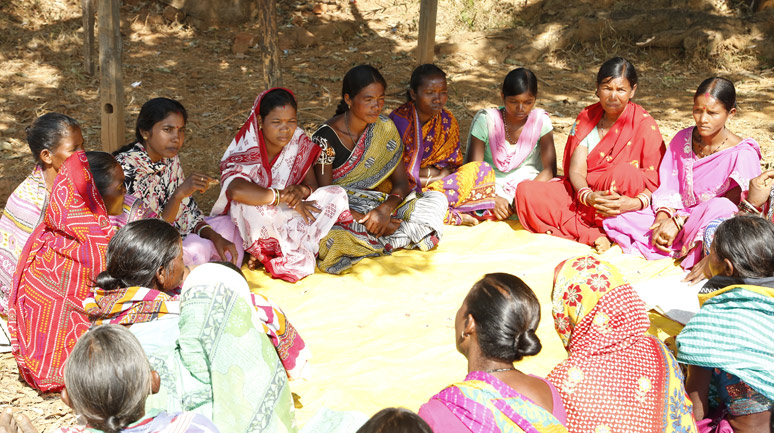 Agriculture engages around 49 percent of the total workforce whereas the share of agriculture in total output of the country is gradually decreasing. Currently it is around 16%. As India is hardly left with any more additional land for cultivation, only way to increase gross output is to take more crops from same land. Hybrid/high yielding seeds, pesticides, fertiliser, fossil-fuel led mechanization and irrigation have been the prime movers so far addressing the issue of agriculture production. Though it has, to some extent, addressed the issue of productivity, farmers are facing new problems of soil quality degradation, water scarcity, health hazards, ecological instability etc. 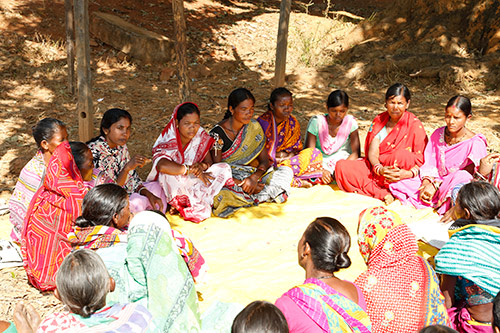 The indigenous people residing in the forest fringe areas in the central Indian plateau have been depending on both forest and agriculture for their living since centuries and had developed deep understanding about forest, forest-farm ecosystem, local climate, etc. These have shaped their agriculture practices of making lands more fertile by channeling humus rich rain water from forest to their land, protecting crops using locally available substance, and harvesting rain water by various methods. With advent of modern agriculture they started using hybrid/high yielding seeds, chemical fertilisers and pesticides which are easily available in the market and come with an assurance of more yield. This new products come with package of associated practices and farmers get trained by extension workers. Gradually most of the local crop varieties got replaced by so-called high yielding varieties, in some cases farmers stopped cultivation of some crops such as millet. The cropping practices got totally changed, farmers started using chemical fertilisers and pesticides which had effects on both human and soil health. Due to loss of soil fertility, production, though increased initially, started declining. Also, farmers started forgetting their traditional knowledge of climate resilient practices. This is known as deskilling.

This Adaptive Skilling through Action Research (ASAR) will focus on the issues of declining farm production, loss of traditional knowledge of forest-farm ecology with related practices, and technologies in the context of ecology and gender. This will focus on sustainably increasing farm production by blending indigenous farmers’ age-old wisdom and modern technology through adaptation in the present context. This process requires the villagers to be mobilised in such a way that they collectively are able to think about the meaning of ‘good life’ for them, protection and rejuvenation of the ecosystem and intensifying production at the same time.

The idea of Good Life in ASAR

For more publications, please refer to the following: