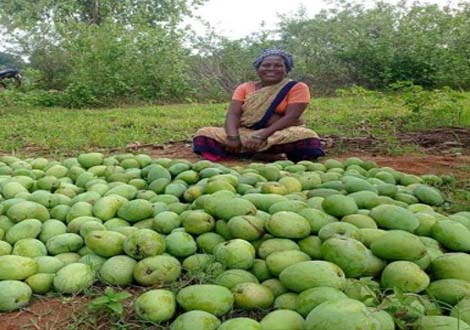 The making of a sustainable FPO
by Ravi Ranjan Kumar, Torpa, Jharkhand

Background: Torpa is located 65 kilometres away from the capital city Ranchi. More than 80% of the population of this block belongs to Munda society- an indigenous tribe of south Chhotanagpur plateau of Jharkhand. Agriculture produces, NTFP (Non-Timber Forest Produce) and Livestock rearing constitute the livelihood opportunities in the area. The land resource is mostly undulating creating significant top soil erosion due to runoff and depleting ground water level. Besides having an average land holding of one-acre Kharif is the season in which maximum land comes under crop coverage decreasing further in Rabi and summer due to only 10% availability of irrigated land. The work of promoting women collectives and interventions around improving livelihood opportunities is being facilitated by PRADAN at Torpa since 2001.

Challenges and Problems: Though there is an improvement in the farming practices, there still exists the issue of timely and quality input-output linkage services for these small holder farmers, be it in agriculture or in livestock. Also, women, though engaged in more than 50% of agriculture work, still have little say in the spending of the income earned. The following issues hinder the small holder farmers (SHFs) to opt Agri-horticulture as means of earning cash income.

Timely and quality inputs availability: There is only one agri input outlet (retail shop) at Torpa and one at Tapkara. The other sources being the weekly haats in some points in the villages. Very few have access to larger markets like Khunti and Ranchi for procuring timely inputs like quality seeds.

Other essential Services: Due to the trend of male counterpart of the family migrating after kharif paddy transplantation, a need for ploughing and orchard management services are being demanded by the women farmers.

Gender gap: Even though more than 50% of the agriculture work is performed by women, they are still not identified as farmers by themselves, their family and by the larger society. They have limited or no access to the income earned.

Interventions: Small holder women farmers of Torpa block of Jharkhand have come together to form a women farmers’ Agri-Horticulture cooperative (FPO), Torpa Mahila Krishi Bagwani Swavlambi Sahkari Samiti Limited (Torpa FPO), registered on September 2020 under Jharkhand Self-Supporting Cooperative Society Act, 1996 with a vision to address the burning issues which are facing in Agri-Horticulture activities by them.

A total of 2200 SHFs (Smallholder farmers) have been registered into this institution till now of which about 85% are women farmers belonging to Scheduled Tribes. They have contributed money in the FPO which amounts to INR 1.3 Mn till date.


The FPO initiated its business from supplying of quality and timely inputs at doorstep to its member farmers during 2021-22 Rabi and Summer seasons and provided support in output linkages of their agriculture produces from farmgate in the summer season. The FPO is also engaged in providing services like ploughing, spraying, mango orchard management and nursery seedlings raising for its farmers and did a turnover of INR 10.25 million earning a profit of INR 975,000.

It also played a significant role in marketing of watermelon this summer. Watermelon farmers of Torpa have faced the issue of marketing and good price realisation every year. Keeping in mind the experiences of the past few years, the Board of Directors and the support staff of Torpa FPO came up with the strategy of engaging jointly with the watermelon farmers in the block. The support staff contacted vendors from Jharkhand, Orissa, West Bengal, and some other states to get them to purchase the produce of the member farmers. Through watermelon, paddy marketing, Torpa FPO did a turnover of INR 4.2 million.

Some glimpses of marketing through FPO


As a first step towards empowerment of women farmers, the money earned after selling of the produce was directly transferred to the accounts of the women farmer of the family. The Board members of the FPO are also all women members.

The FPO has also initiated its first ever women farmer’s agriculture retail mart in the district namely “Mahila Krishi Mart” where they sell quality seeds, fertilizers, insecticides and pesticides, after acquiring all the required legal permissions from the concerned government departments.

Business highlights of the FPO:

The process has helped the FPO, as well as the PRADAN team, to get a hands-on experience of working closely with the SHFs on input-output linkages, and dealing with the market players like input sellers and output buyers. A functional relationship between FPO and its member farmers, and between the FPO, the market players, and the government department has got established. Direct transfer of the money to women’s farmers account after selling of the produce has brought smiles to the faces of many women farmers. The district administration has also recognised the work done and achievements of the FPO and authorised the FPO to procure paddy on MSP from farmers directly. The FPO procured 161.4 MT paddy and helped farmers to get timely payment in their account on MSP rate. 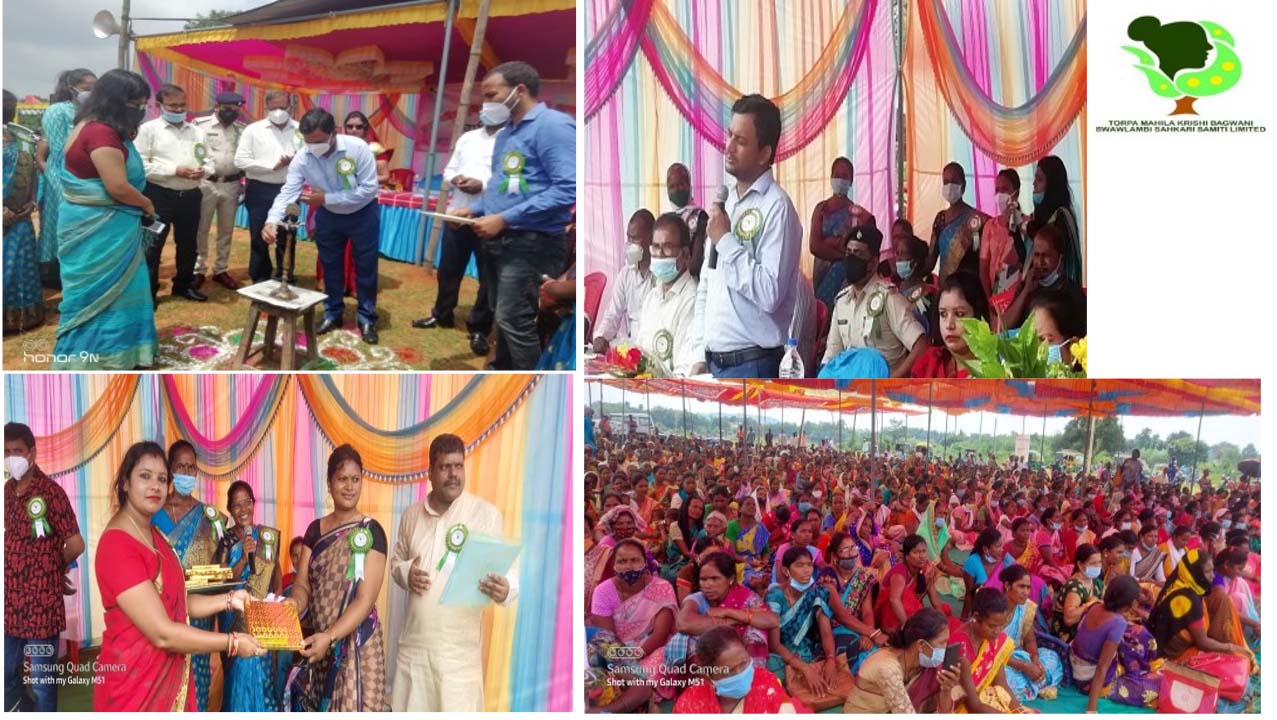 
Going forward the Torpa FPO visualizes creation of an ecosystem where there will be synchronized production and marketing of Agri and Horticulture crops helping the SHFs to earn an annual gross annual income of more than INR 100,000 (from an average annual income of INR 70,000-75,000) from these activities. Efforts were also made to build linkages with the Central Government’s 10,000 FPO promotion scheme to mobilise more financial resources and ensure long-term sustainability of the FPO with the support of district administration and the same have materialised. The FPO has achieved its INR 10 million turnover target in the last year (2021-22) and has planned to achieve INR 20 million for this FY (2022-23). The Torpa FPO is being envisioned as a model of sustainable FPO in agriculture by achieving business volume of INR 50 million in the next 2-3 years.