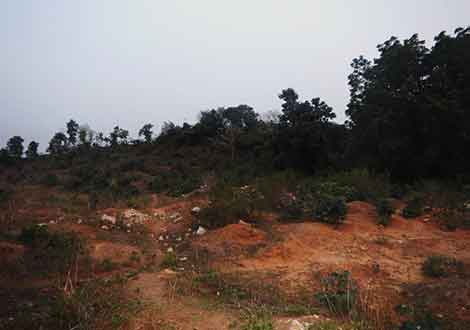 Six-months down the line, the Principal Secretary of Water & Sanitation Department, Jharkhand would visit Bandih and felicitate the women. Not only did they mitigate health hazards, but asserted their position in their ‘own’ village, like never before.

Women in Bandih village, were allowed to defecate only at dawn and after dusk. The nearest bushy area where they could get some respite from the onlookers’ intrusive eyes and pervasive remarks was three kilometers away from their huts. 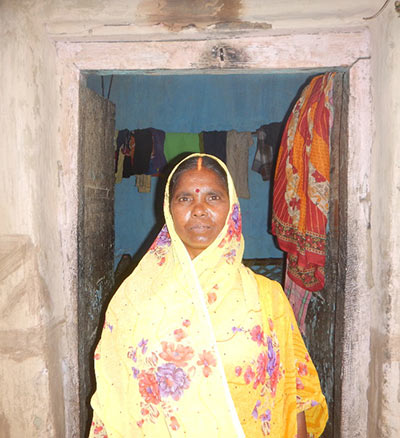 For the women, including young girls, the waiting time for the right hour of the day to defecate, would seem like years.

Infact, Manjuras and Aasujans from this small village of Bokaro in Jharkhand were in a position to establish the link between defecating in the open and incidence of diarrhea. But seemed helpless. The problem would peak during monsoons as the number of flies would multiply with each downpour. Manjura recollects her uncle-in-law succumbed to diarrhea few monsoons back, leaving her sister-in-law, Ladhki, all alone. Seeing her guardian-less, Ladhki’s husband deserted her and married another lady. Not being able to withstand the serial shocks, Manjura’s sister-in-law lost her mental stability.

The incident sounded an alarm for the rest of the women in Bandih. If there was a toilet – would Ladhki have landed in such a state? Perhaps not.

Members of the local SHG Mehendi Ajeevika Sakhi Mandal seemed to be suffering from the same menace of defecating 3 kms away, in the open.

All this was happening at a strange juncture - when a Village Water & Sanitation Committee (VWSC) under Swachh Bharat Abhiyan had been formed in Bandih under the Mukhiya’s leadership. They had a target of constructing 300 toilets in the area. But that was happening at a snail’s pace. And there were rumours that the team was doing goof ups with the finance allocated for the work.

The SHG women created a ruckus about the VWSC’s ineffectiveness. The Block Development Officer intervened. Seeing the Mehendi SHG members’ efficiency in running the SHG and associated development work, he took away the responsibility of toilet construction from the VWSC and entrusted members of Mehendi and five more SHGs of the village with the job.

The Mukhiya, along with some of the husbands of the SHG women showered sexist jibes on the women to voice their anguish, but these were too minor to deter the women. The SHG members along with people from the village organization took up the task. With Rs. 4,68,000 from the District Waters and Sanitation Department, in June 2017, the SHG brigade set off to construct toilets for 39 households in their village. But how to go about it? Their initial excitement of constructing toilets stumbled against the obvious road-block. None of the SHG members had any masonry skill to construct toilets! 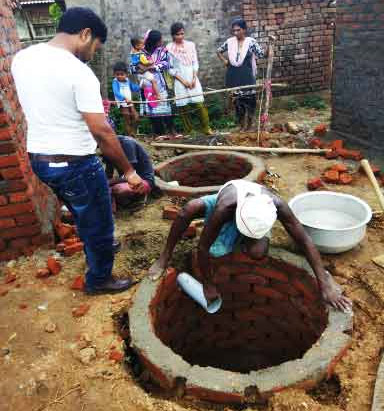 For the next six months training sessions were organized on masonry work and awareness on sanitation, hygiene and implication of open defecation on health and women’s dignity.

What started as a toilet constriction drive, gathered a larger momentum with aspects of women’s dignity ingrained in its purview. Every individual came together mobilizing manual labour and raw materials. In fact, few members like Sugia, invested an extra amount of Rs 5,000 for their toilets. The work took the shape and vibrancy of some festivity in the village as it transcended the scope of a mere project. Finally, the women successfully completed 39 toilets and submitted the fund utilization certificate to the block administration, perfectly on time.

In the context of the larger specter of open defecation and the associated health hazards, this is a tiny drop in the ocean. Miles to go before Bandih or thousands of others like Bandih become free from open defecation (not to be measured by the number of toilets constructed but by the number of people actually using them). The strife of the SHGs however speaks volumes on what collectives can achieve, if it owns the cause. 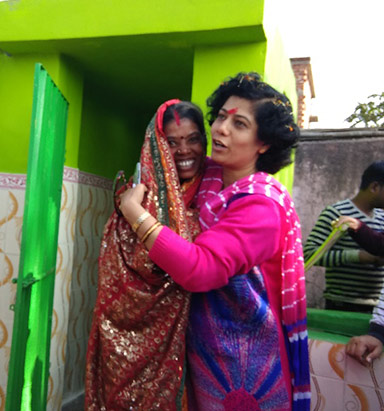 
Sugia is pregnant for the second time. She is finding it hard to believe that she can relieve herself whenever the need arises. She has a beautiful toilet with tiled walls, right next to her hut!