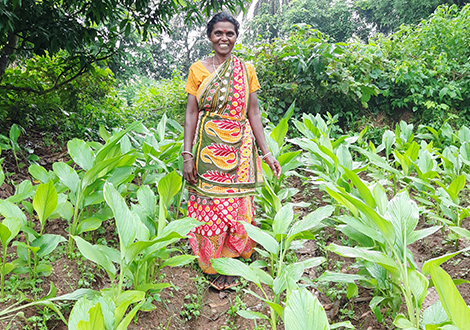 Spicing Up Their Crop-Baskets
by Ishita Dixit 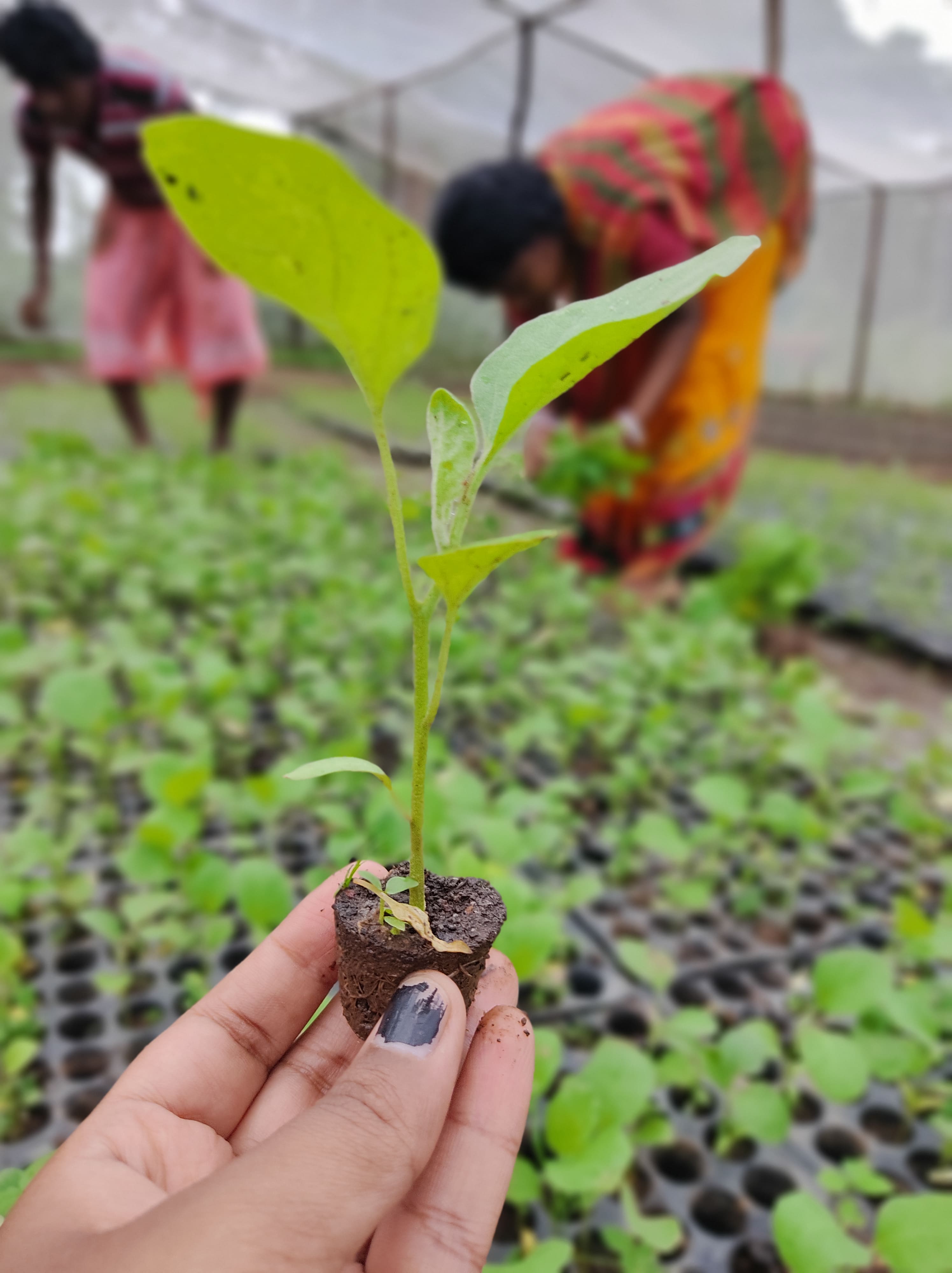 Lakhimani Murmu, is an active member of Maniyardi Kadamjharna SHG in Maniyardi Village of Binpur II block of West Bengal. An ever-smiling Lakhimani, lives in a mud-house surrounded by forest, with her husband and two sons. Like most of the smallholder farmers belonging to the Scheduled Tribes, Lakhimani had very little land for growing crops. So, producing for their own needs was the first priority and planning for any other crop than paddy was a luxury for her. A couple of years ago smallholder farmers like Lakhimani began to take hesitant steps towards vegetable farming to supplement their income. “What if the new crops fail? And how do we protect the farm from elephants – after all this is a forested place and an elephant corridor”, thought Lakhimani. On the other hand, high price-fluctuations of tomato, green chili and brinjal led farmers to incur losses. Looking for higher-price markets would either leave the crops to rot, or the farmers would have to sell them at the price available in the local market. When PRADAN introduced collective green chili cultivation, in 2019, Lakhimani showed courage to come forward to grow it on a 0.1 acre land and earned Rs. 4000 profit. 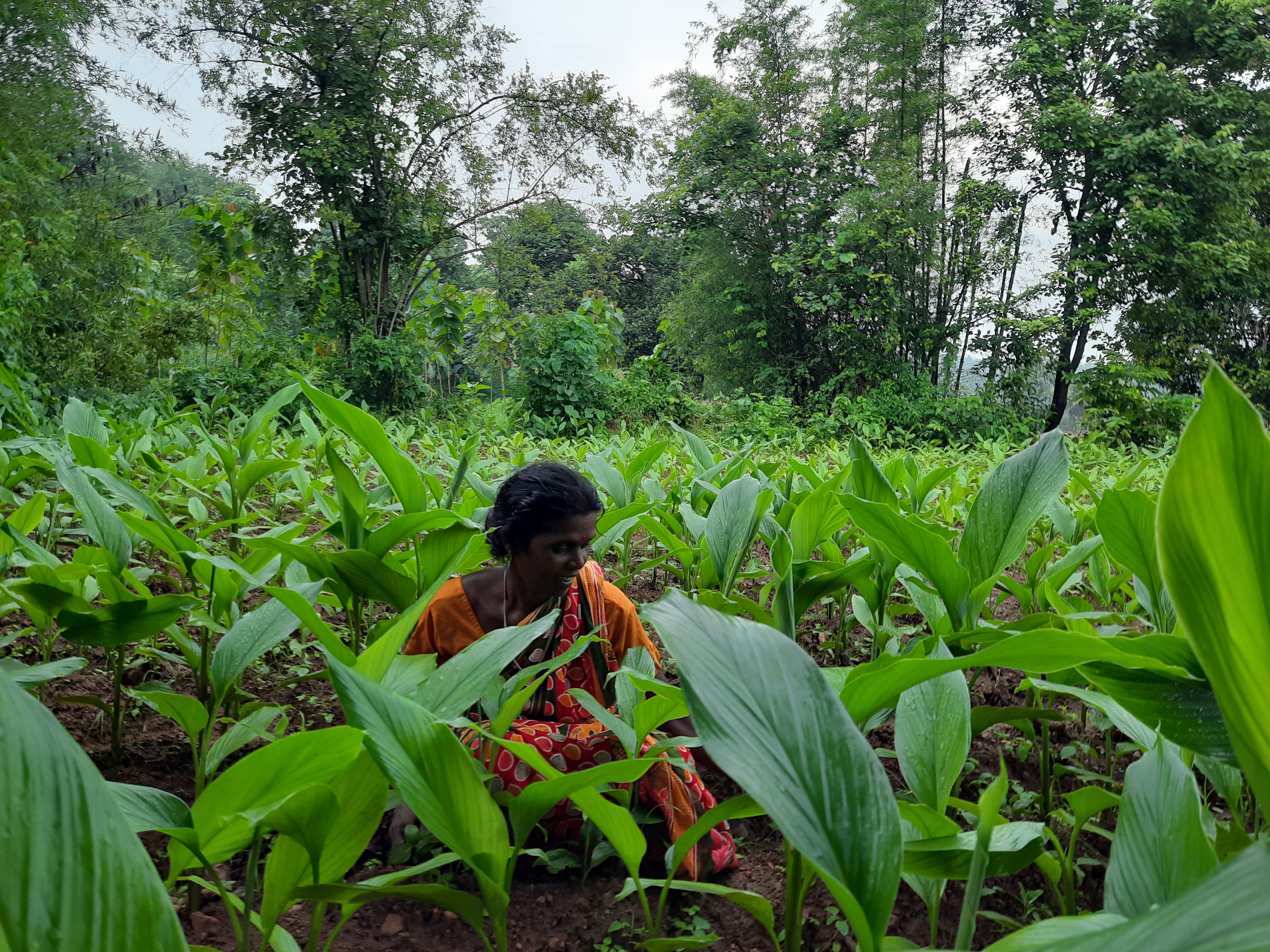 The process of bringing change

PRADAN organised an exposure visit to Gumla in Jharkhand and Guntur in Andhra Pradesh in late 2019, to gain insights on vegetable farming and marketing directly from farmers there. It was felt that Guntur’s dry red-chili was very apt for this black soil region, especially the Tejaswini variety which could help farmers overcome the challenges of crop damage, price fluctuation and loss of crop (due to its longer shelf-life). The aim was to connect with the spice market to avail a good price for the produce in the monsoons. 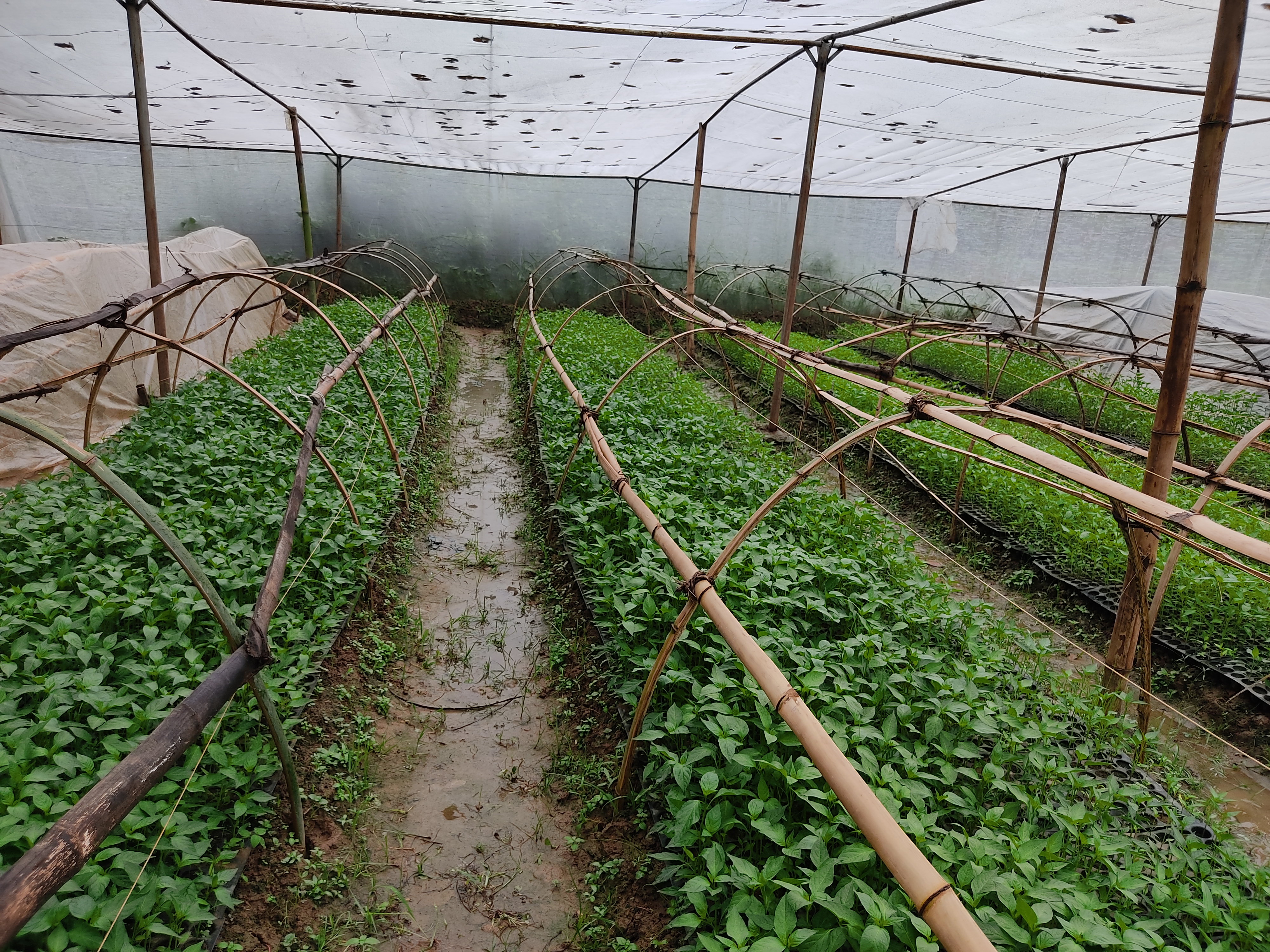 Lakhimani was hesitant to take the risk to cultivate a new crop. Despite her concerns, she prepared her 0.1 acre of fallow land for the red-crop, seeing the recent green chili success in the area. To reduce her risk she sowed turmeric seeds in another 0.09 acre of land, as per the guidance from PRADAN. “If I’ll lose my money in chili, then turmeric will be my fall-back option”. In the month of June 2020 she transplanted 1200 dry red-chili saplings and 135 kg of turmeric. After 40 days of transplantation, flowers bloomed in her red-chili plants and in two months’ time she took to plucking and sold them after drying the chilies. A second plucking followed after three weeks. At the time of second plucking, due to unavailability of water and pest attack she plucked the chilies while they were still green. Thereafter, at the time of third plucking she wasn’t able to collect a handsome yield from the same piece of land. By this time, to mitigate impact of price fluctuations on farmers, a farmer producer organisation (FPO) named Jungalmahal Sabujsathi Mahila Producer Company Ltd. was formed under project 'Livelihoods Enhancement through market Access and women emPowerment' (LEAP), supported by the Walmart Foundation.The FPO helped in negotiating the price for Lakhimani’s dry red-chilies.

From a capital investment of Rs. 2500, Lakhimani’s profit was nearly Rs.10,000! “I brought red-chili cultivation into my village and people started recognising me as a progressive farmer!”

Red-chili was the beginning; she had her turmeric plants waiting to be harvested. After a period of 10 months, she harvested 104 kgs from 20kgs of seeds. She sold half of her harvest to the FPO at the rate of Rs. 38/kg and kept the remaining plants for next year to be harvested. Lakhimani earned a profit of Rs. 3152.

Besides harvesting the remaining turmeric, she along with other farmers of Maniyardi village will be growing red-chilies and tomatoes in 0.19 acre of her land this year with support from the FPO. The FPO has already procured 2.3 tonnes of turmeric seeds. Eight Agriculture Entrepreneurs (farmers who have come forward as an entrepreneur to raise healthy saplings) have raised 50,500 Tejaswini saplings with the aim of providing healthy and disease-free saplings to its farmers. Ten entrepreneurs raised 1,81,250 green chili and brinjal saplings too. “Jungalmahal Sabujsathi Mahila Producer Company Ltd is the symbol of our trust and with more farmers growing spices in our village, everyone will profit!” – Lakhimani’s smile is broadening. 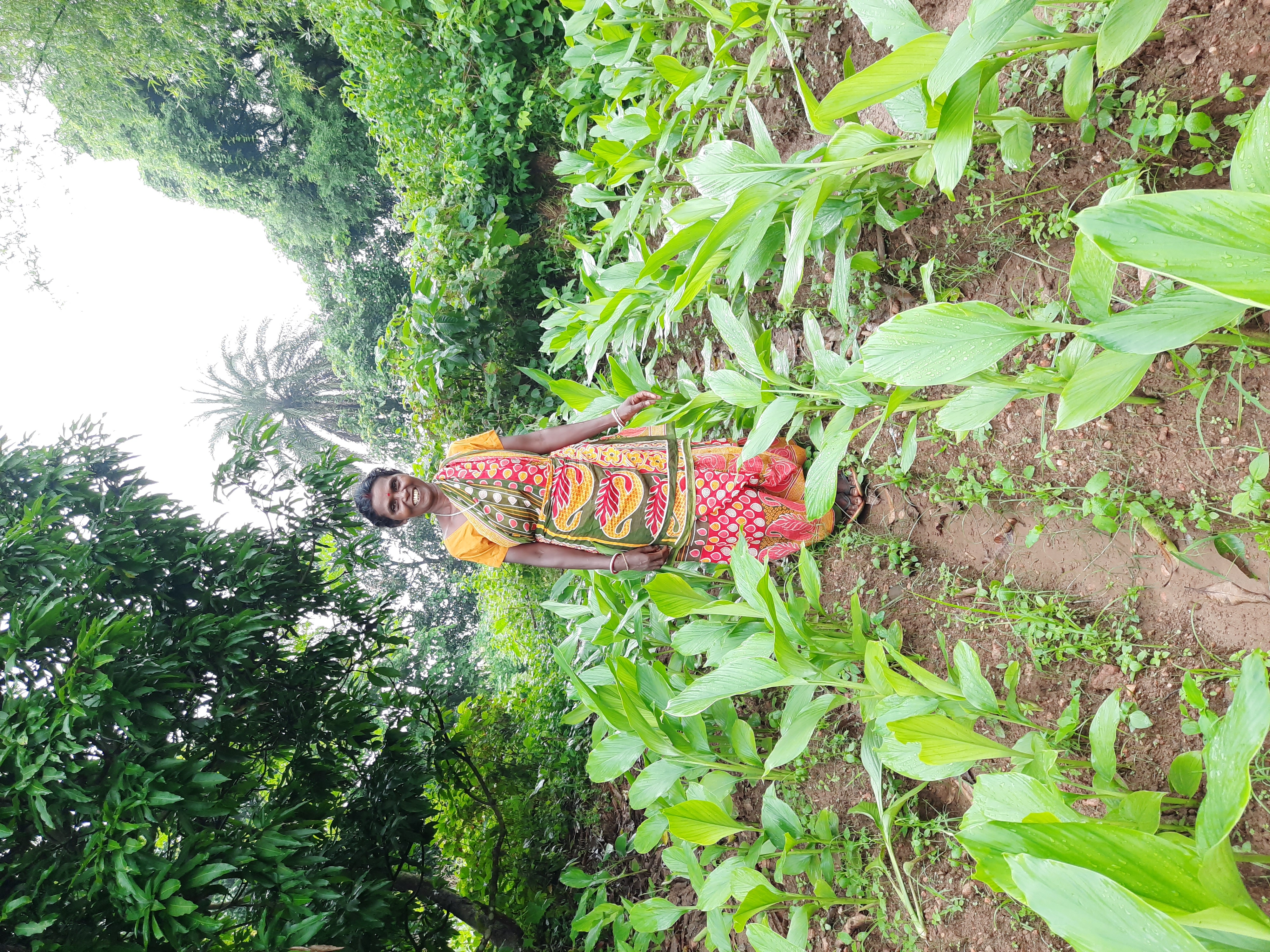