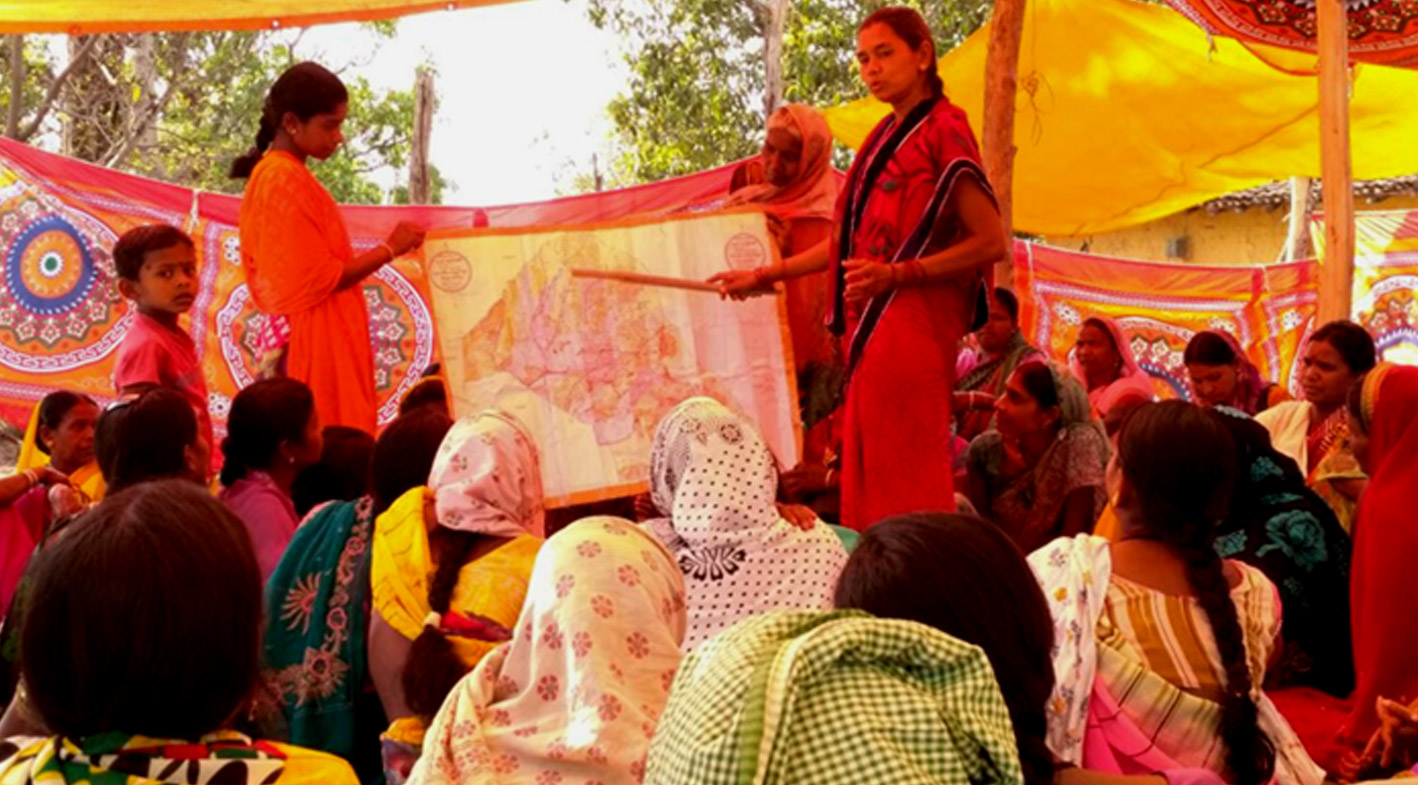 We are proud to announce the launch of our new project ‘SHG led Transformation of Rural communities through Partnerships (STaRtuP)’. Through this new initiative we aspire to build the capabilities of rural women mobilized into 18,000 Self Help Groups to work with local government to improve access and delivery of key government programmes for community development. Core to this approach, is the idea of `Development Cluster’ (DC) which is a large geography that has a shared sense of historical, socio-political, economic & agro-ecological background. We will collaborate with other NGOs to orchestrate developmental actions on a wider scale to support a large number of households in their ascent from poverty in two DCs. Starting from October 2017 to September 2021, the prime focus of this four year project will be on issues related to equity, self-reliance, sustainability at various levels and scalability.

Reaching out to the most disadvantaged

The project will be implemented across two DCs, namely Santhal Paragana (SP) and Mahakaushal (MK) as well in the districts of Purulia and Bastar in the states of West Bengal & Chattisgarh where instances of malnutrition are endemic. The SPDC encompass the districts Banka & Jamui (Bihar) and Dumka & Godda (Jharkhand) while the MKDC encompasses the districts of Balaghat, Dindori & Mandla in the state of Madhya Pradesh.. STaRtuP will strengthen the collaboration between IKEA Foundation and PRADAN on the existing work on poverty alleviation and malnutrition in the districts of Mandla, Dindori, Bastar and Purulia while extending work in new districts. Fifteen PRADAN teams will work in these nine districts across five states that will span 30 blocks by the end of the project.

How it will happen

PRADAN will work with the women collectives to implement natural resource management interventions and adoption of high-value agriculture, promote agri-entrepreneurs to develop market linkages leading to economic and overall well-being of the communities. In this project, PRADAN will build the perspective, knowledge and skills of community change agents to facilitate action on issues of food and nutrition security, health and gender equality. STaRtuP is set up in such a way that activities can be replicated by civil society and government.

The project builds on lessons from Phase-I and aims to expand the social mobilisationin the working areas to create a significant mass of individuals and collectives to subscribe to and adopt new practices. Through collaborative action between PRADAN, mature collectives, local NGOs and market players, the project aims to create a transformative impact in the lives of 255,000 women & their children (~100,000), 50,000 youth & 25,000 adolescent girls.

Empowerment is a long-haul

Women’s empowerment takes patient investment; it’s not just a one-day theme. At the core, our partnership with IKEA Foundation since 2013 recognises this fact. We have been able to dedicate ourselves to the cause with continuous support from the Foundation, reaching out to 421,000 women.

Talking about the collaboration, Petra Hans, head of the IKEA Foundation’s Building Self Reliance portfolio, said: “PRADAN has developed a strong approach to empowering women and their communities in remote, rural areas of India. Thanks to PRADAN, women are starting businesses, improving their farms, and helping their communities access government funding for better healthcare, schools and incomes. Our new grant will also help women learn about the importance of nutrition for the growth and development of their children, change feeding practices and improve the nutritional value of their crops. This will lead to better health in their families and communities.”

Narendranath Damodaran, Executive Director of PRADAN, mentioned: “The collaboration between the IKEA Foundation and PRADAN has resulted in meaningful changes in the lives of rural poor women in different aspects of their everyday life. The self-help groups into which they are organised, even while acting as strong social networks for the women, open up pathways to enhanced incomes, improved access to basic services of health, sanitation, clean water and education, and promise to lighten up not only their lives but those of their children also.”