She was on a ‘Vision’
by Ashutosh Mishra 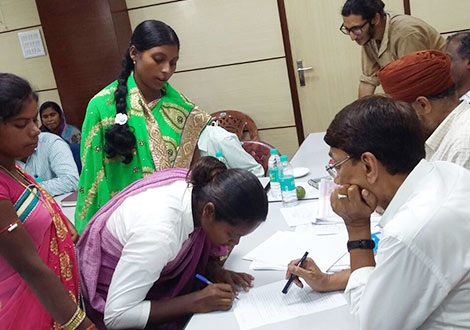 “Kis kis ko rokoge? Charai to sabhi karte hain!” “Humara dada to chale jate hain Bambai, kaam ke vastey – kaun karega kheti?” “Paani kahan hai ke kheti karoge?” The questions were pertinent; the answers seemed complicated. But with Balbina, even the most complicated issues would find easy solutions. Every effort of her was helping her fellow villagers collectivise for betterment of their lives, and Balbina was setting new standards of living for everyone. 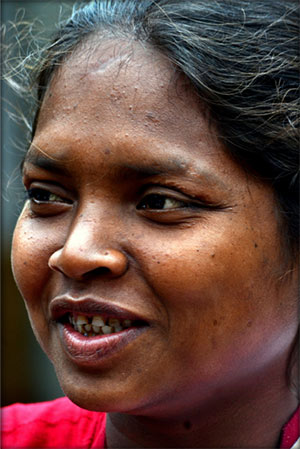 “Hurrrrr hyat hyat hyat....daarrrr...hyaahh”. That’s a very familiar sound one would find reverberating in the calm and nippy mid-January air of Bariyarpur village. In fact, like thousands of other villages of India, Budhan, Sukhlal, Muniram and many others of this remote village of Godda in Jharkhand would leave their herds for open grazing. Every year, around this time of the year, after their Sohrai festivities, the villagers left their domesticated cattle to roam free on cropping fields. For any outsider to the village this would be absolutely acceptable a practice, but for those who knew Bariyarpur well, this was an agrarian misadventure. 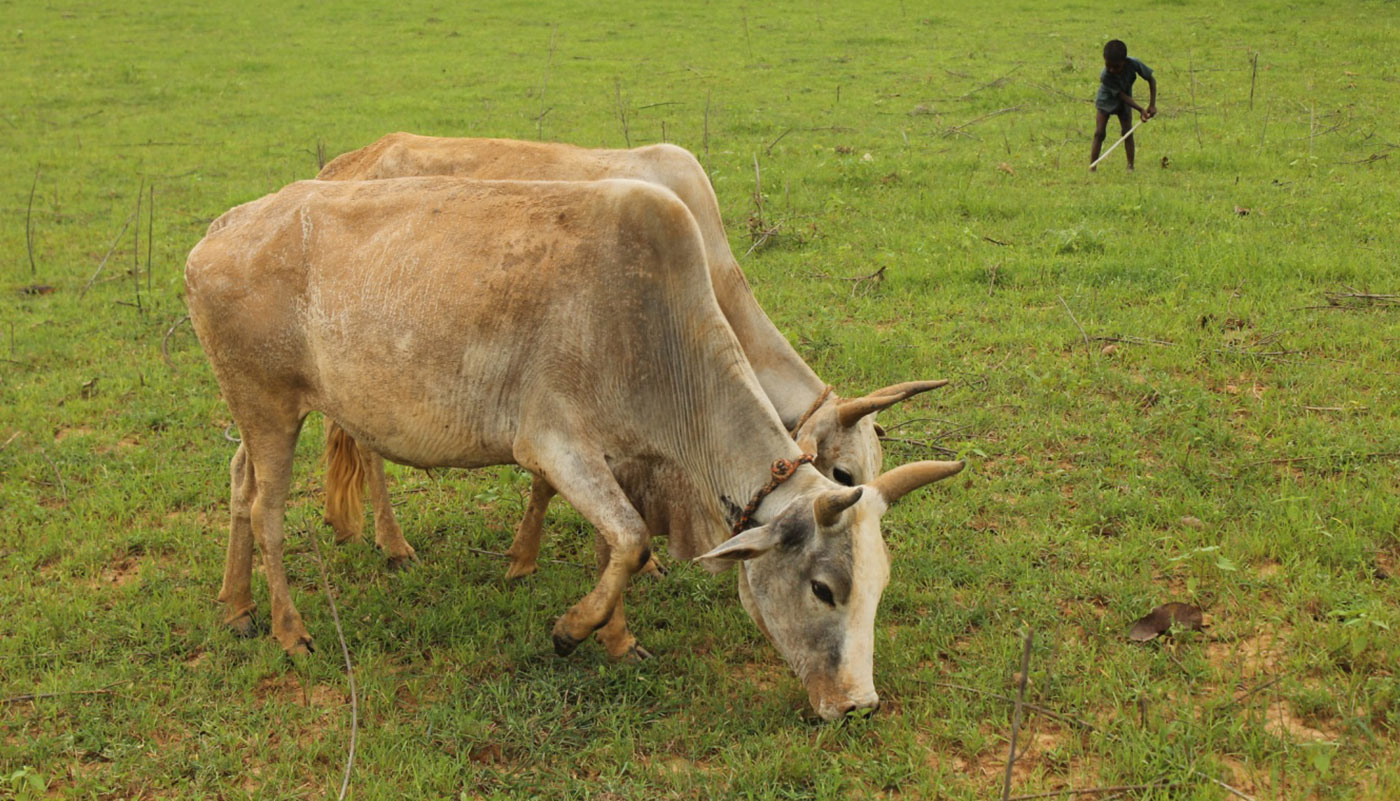 January 2016: Twelve local women of PRADAN supported Lily Baha Mahila Mandal sat under the banyan tree to do their weekly meeting. They were setting the agenda for the day’s discussion when Balbina Baski, the new addition to the group, emphatically made a point. “Yeh khule aam maal charai bandh karna hoga. Kheti karenge saal bhar, usi mein faida hai”. Her sisters of Lily Baha did not seem convinced. Many of their husbands were regularly going to distant cities as lynchpins of the new trend of seasonal migration that had made inroads into Bariyarpur. Working as migratory labours often meant a compromise of their dignity, though it also meant money. Along with periodic remittances, the migrants brought in a whole range of flashy gadgets to the mud-lanes of Bariyarpur. Doing another round of agriculture in the winter, following Kharif, would not attract these people any more. Balbina had some personal interest in bringing back winter agriculture. She and her husband were unable to plan the second crop due to fear of cattle grazing. Food was no longer in abundance from their own fields. Her family was among a handful minority in the village who still wanted to stick to their traditional tribal culture of year round agriculture.

Balbina was faced with a flurry of questions in her SHG meetings. “Kis kis ko rokoge? Charai to sabhi karte hain!” “Humara dada to chale jate hain Bambai, kaam ke vastey – kaun karega kheti?” “Paani kahan hai ke kheti karoge?” The questions were pertinent; the answers seemed complicated. But with Balbina, even the most complicated issues would find easy solutions. “Chaiti Arhar” (pigeon pea) she said. Everyone knew that even uplands, considered to be the most barren, would produce a bountiful harvest of pigeon peas without any care. The only concern was pigeon pea takes nine long months to be harvested. So the next obvious question was how to stop the grazing? Balbina proposed to form four more self help groups in her village to convince everyone. “Hum agar sabki bhalai ki baat kar rahe hain to woh phir sab ke saath hi honi chaiye. Agar ek SHG me 15 didi se zyada nahi reh sakte, to hum aur bhi SHG banayenge aur sabko le kar kheti karenge”.

The next nine months, all day there would be a team of elders and children to keep vigil of the entire area. March 2018 they harvested several quintals of Arhar. Their barren tracts did not remain fallow anymore.

For Balbina this was just the beginning. Excited to see her efforts bearing fruits, she planned to bring back the age old culture of year round agriculture in Bariyarpur. And to do that she had to ensure availability of water, for everyone. At that time, apart from 2-3 hand pumps in a village of 80 families, there was only one water harvesting tank, constructed under Special Swarnajayanti Gram Swarozgar Yojana, that too far off from their main farm lands. “MGNREGA ke tehet hapa khodwayenge gaon mein – koi bhi dada ab gaon se baahar nahi jayega paisa kamane ke liye. Paani bhi hoga aur rozgar bhi. Yahin, isi gaon mein” declared Balbina in the meeting where all the stalwarts of the village organisation were present.

In a few days time, during the labour mobilization for MGNREGA, she volunteered to speak with labourers and subsequently helped them collectivise into groups. Together they submitted a comprehensive land and water treatment plan to the Panchayat. 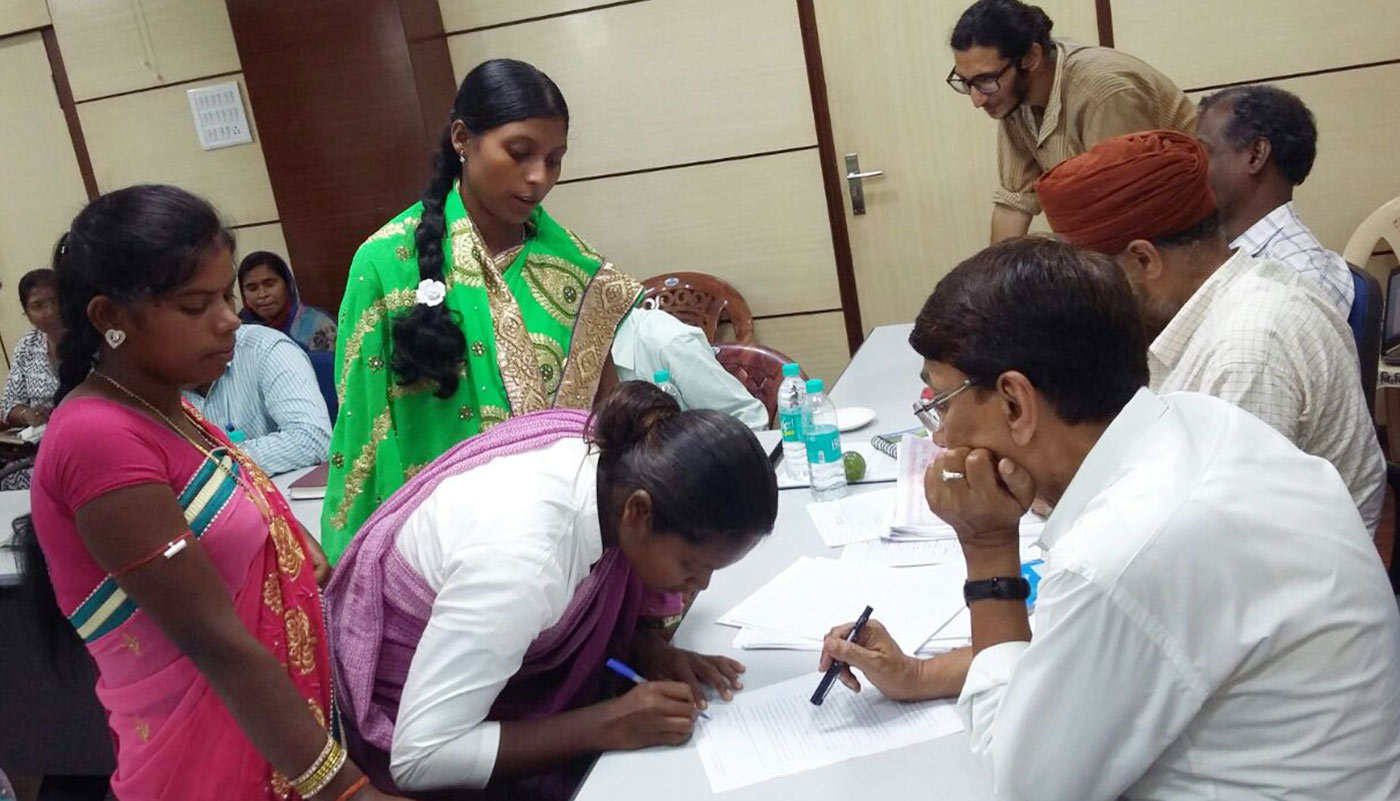 May 2019: Every visitor walking the meandering lane through the boulders on the outskirts of Bariyarpur, is greeted by the soothing view of a large pond, newly constructed by Balbina and her troupe. This is one of the three rainwater harvesting structures they have constructed under MGNREGA, along with two dug-wells. Some of the men folk who used to migrate to distant citues and had brought in ‘signs’ of modernisation in Bariyarpur, are now seen planning their next winter crop. They have been able to gauge that with a couple of good harvests, they would be able to provide greater support to their family needs. Getting a smartphone will not be that difficult too! 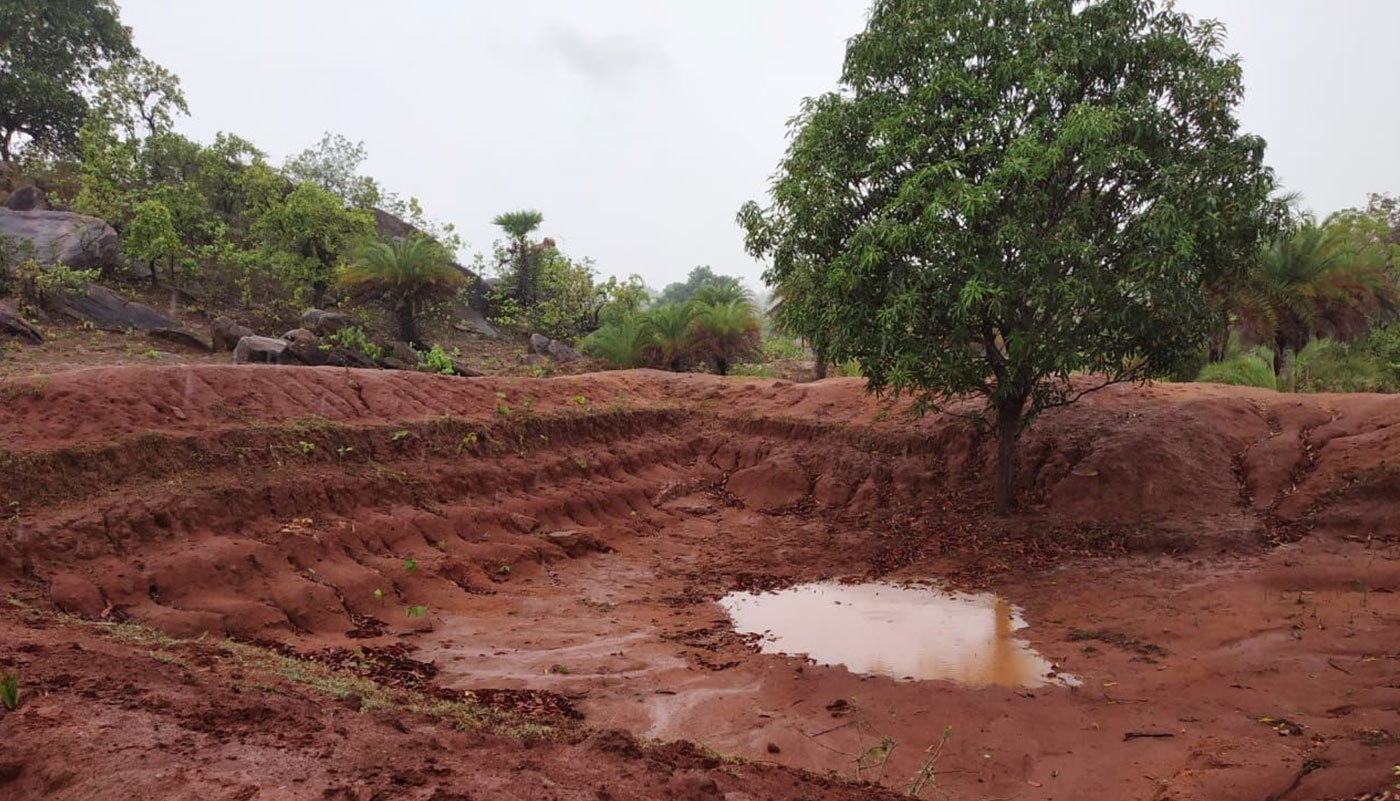