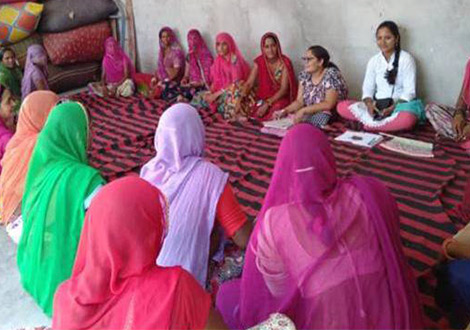 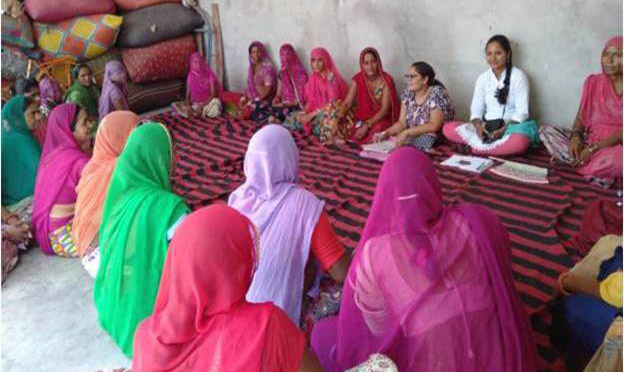 The Government of India introduced the Public Distribution System for the distribution of food grains at affordable prices and management of food-scarce situations. Over the past few years, the term PDS has become interchangeable with the term “food security” and also an integral part of the government’s policy for the management of the food economy in the country. After indenturing so many supervising and tracking mechanisms, there are still some aberrations in the system. And a major population of our country is still left contingent on their own food production and supply systems.

Kodarla is one small village that lies at a distance of four kilometers from Swaroopaganj, a small town of district Sirohi in Rajasthan. Swaroopganj is a major centre which has a Railway station, a well-established market and highway 927A lies on one side of the town. People in Kodarla, although just four kms away from Swaroopganj, have been staying at the fringe of mainstream facilities.

Many of them belong to the Scheduled Tribes including Rabari, Meena, Bhil, Rawal, Sargada and Keer. Meager per capita income, illiteracy, poor land resources for agriculture, lack of water bodies, poor health conditions – name any, Kodarla would have cases for each since generations. There were SHGs earlier too and Shakti Rajeevika, their Village Organization that was formed in 2016. The meetings largely focused on how to increase income from various livelihoods opportunities and how to improve agriculture so that farmers could produce more, and produce healthier crops.

The SHG members claim that it was only after PRADAN staff came to their villages that talks about all-round development started happening for the first time ever. The mud-hut dwellers of Kodarla started taking baby-steps to organise themselves to raise their voices for their own rights, to receive benefits of state-run programmes designed for their betterment, and adopt newer and more meaningful income generation paths. One spectre amidst all these positive efforts that was holding back the possibilities of Kodarla people was corruption. Ration supply from the PDS shops was the worst hit.

Monsoon 2018 failed the Kodarla food crop growers. That winter baring a handful of resourceful farmers, none could grow wheat or maize on their fields. Their dependence on the almost defunct PDS supply grew more than ever before. And Bhoolaram Meena who ran the local shop was not proffering any ration to the villagers since the last summer.

“How are we going to prepare food without supply from the ration shop?”, Hanja Chenaram and Pani Annaram of Bishan Mata SHG raised an alarm in their SHG meeting.

Bhoolaram had this dodgy tendency of handing out the ration items to his own neighbors and kins. Of course none in Kodarla was being able to catch him red-handed, but almost everyone knew it. As a result, the actual card holders were inevitably refused their rightful dues. If anyone would raise a question, Bhoolaram’s copious excuses were always ready on his lips. The most common would be:

“There is no ration in the shop. Come again next month and see if the supply has arrived.”

Everyone smelled a rat and this time with the failing monsoon their patience crossed saturation. The women members of Sartunji Mahadev and Bijan Mata SHGs raised this agenda and conducted a mobilized meeting. Issues came at the forefront, complaints were registered. 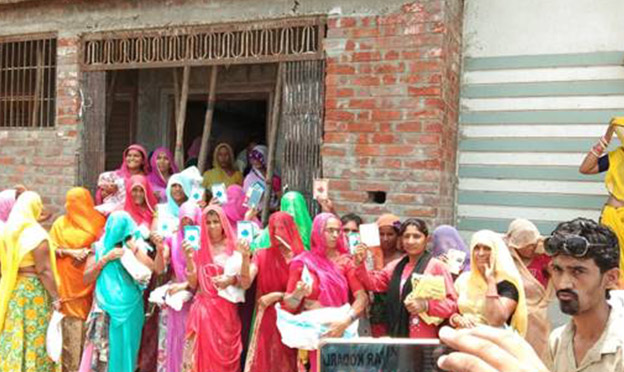 “Bhoolaram confiscated our cards last year...if we go to the shop these days, he says we are not eligible for ration anymore.”

The proceedings made the VO members very anxious. Raising the matter with the senior officer of the PDS department at the Pindwara block came out as a unanimous decision. At the block office, listening to the complaints of the VO members a senior officer stepped in. Bhoolaram was summoned. Upon listening to both the sides the officer warned the vendor to mend his ways and address grievance of the villagers. Not obeying would lead to cancellation of his license.

Bhoolaram agreed. But by the turn of the year he resumed his older practice and his neighbours benefitted, but the real card holders were denied of any ration. In the VO meeting, almost all the members shared their plight and misery caused by Bhoolaram’s unscrupulous means. After all, people had no food to manage one square meal a day due to the crop failure.

“This is the high time that we stop bearing any kind of dictatorship. We need to take action against the miscreant”.

They united and called a local newspaper journalist to cover the issue and the news was published the next day! Within the next 24 hours, the police solicited the local Patwari to identify the shop. Upon verifying the records they unraveled various erroneous bookings of ration, and a large number of confiscated ration cards were found lying in bundles from one nook. 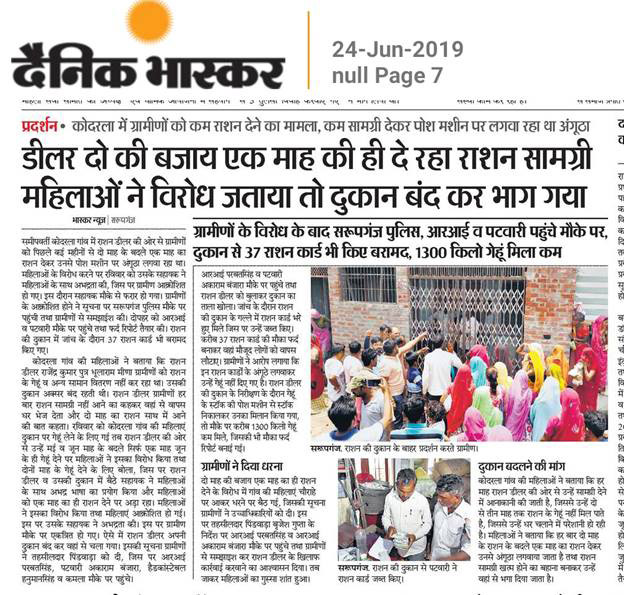 The very next day, the PDS department forfeited Bhoolaram’s license and the Panchayat was bestowed with the responsibility to allocate ration to the valid ration cardholders on a regular basis. Ask any of the Kodarla farmers today, even if their crops fail, their ration shop has never let them go to bed hungry, any of the nights ever since.