Nathpur Women: Writing Their Own Destiny
Story by Prachi Gupta 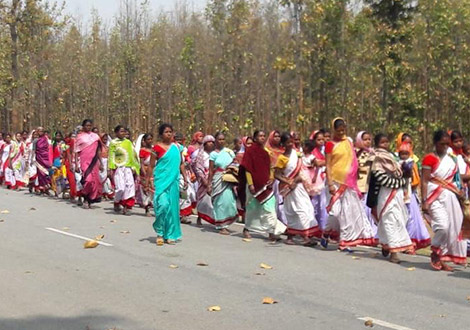 The women’s Federation in Palkot block of Jharkhand helped women to come out of their homes and raise their voices for equal rights. Jharkhand State Livelihoods Promotion Society recognizing the work of the federation members selected their process of organizing poor families of rural areas into robust self-run groups, and selected Palkot as a model block for its convergence programme.

It all started some 20 years ago, when PRADAN professionals went to Nathpur for the first time and after three months of intense persuasion and negotiation, 12 women hesitantly came forward. They formed the first SHG of their panchayat, Vikas Mahila Mandal. Slowly, but steadily the number of SHGs grew. Women, whose contributions on the farms and inside their homes were being perennially ignored, started gaining visibility as “agents” with potential to bring such “changes” which none had ever thought of. Change in farming techniques and new set of water harvesting systems transformed the face of agriculture, multiplying the income of hundreds of Nathpur farmers in the next 10 years. Their federation, Mahila Vikas Mandal, Palkot was formed in 2004 with 11 SHG members taking up the challenge of changing the socio-economic scenario of the villages. In fact, during the ensuing Panchayat elections, they came together to elect one of their own representatives as Mukhiya. Their long pending demand for a properly constructed road in Nathpur was finally met with the new lady Mukhiya in place. Nathpur inhabitants experienced the power of a collective, for the first time. 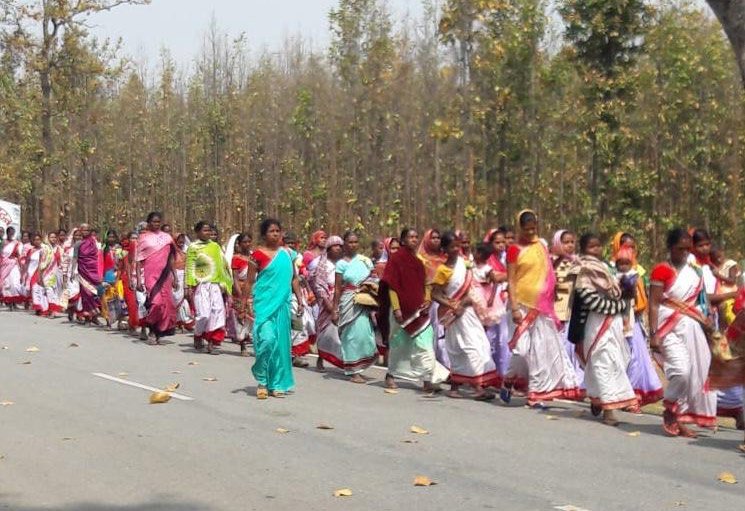 A Village Organisation (VO) named Nathpur Gram Sangathan, Badkitoli came into existence to further the development work with the help of these SHG women.

There were a total of 759 households in Nathpur village, and the VO made a detailed plan to mobilise all the left-out families into the SHG fold. To ensure SHG members benefit from robust and functional SHG systems, several monitoring committees, called Mahilamandal DekhRekh Samiti, were established by the VO. They conducted a survey to select the tolas where most of the families were left out. The SHG members took out a rally that moved around every Nathpur hamlet with slogans to raise awareness about importance of SHGs. It was also an invitation for them to attend a SHG awareness camp organized by the village organization in the following week. Various posters highlighting key successes of the SHGs like stopping open grazing, making schools functional, robust Gram Panchayat election campaigns were put up. Specially designed skits, by VO members, brought forth a variety of issues plaguing the society at large, that the 250-strong crowd of women audience had hitherto considered to be their own unique problems. At dusk, as the program drew to an end, several women came forward and consented to form new SHGs. Within a week they had formed approximately 30 SHGs that included close to 400 women.

One more VO, Nathpur Gram Sangathan, Dahudarn had to be formed because the number of SHGs bexceeded the limit by 20! After one year when the VO members realized that many of the newly formed SHGs were underperforming vis-a-vis the aspiration, they planned another camp for strengthening these institutions, and called it an annual Aam Sabha (General Assembly). The event reinfused energy among the members of collectives. The SHG members set themselves to plan with renewed zest for the year ahead. With almost 70% SHGs linked to bank credit, finance committees called, Arthik DekhRekh Samiti started monitoring timely repayment of loans. Of late, the VO is also engaged in monitoring management of the local schools under the leadership of Nyay Ewam Adhikar Samiti (rights and justice committee).