Ginger is an important cash crop cultivated by the tribal farmers of Odisha for their livelihood. Odisha is environmentally suitable for, and has the highest area under ginger cultivation in the tribal belt of Kandhamal, Koraput and Keonjhar. Tribal farmers of Koraput, Semiliguda, Nandapur, Lamataput, Dasmantpur and Pottangi have been cultivating the spice since very long and the red soil favours conditions for a good harvest. Ginger is a tuber crop which takes 8 months for cultivation.

To mitigate the above issues, the PRADAN Nandapur team brought into play the learnings from the ginger practices in Karnataka and inputs from the Spice Research Centre to counter both the low productivity and bacterial/fungal attack issues.

Three farmers were selected to experiment with the new techniques of farming, on the basis of their years of experience in ginger cultivation, willingness to provide a minimum of 40 decimals for the experiment, have 600 kg of seeds to sow, and their agreeing not to use any chemical fertilizer or pesticide in the experiment plot. The key elements of the experiment were: 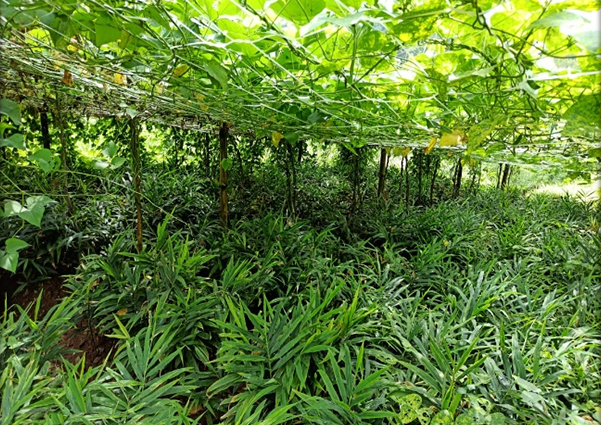 Amara Burudi, one of the women farmers who participated in the organic ginger cultivation experiment on her 0.16 hectare land, beamingly shares, " By doing organic ginger cultivation, I minimised disease attack on my crop. I spent very little money for buying organic medicines. When I harvested my ginger crop, I found only 2 bags of damaged crop out of a total of 112 bags. I also earned an additional INR 10,000 income from my trellis (by selling flat beans)."

The FPO, Koraput Nari Sakti Farmers Producers Company Limited (KNSFPCL), Lamtaput, Koraput is planning to scale up this farming practice with 2000 ginger farmers. The total coverage will be 800 acres in FY 2022-‘23. To meet the growing demand of decomposed cow dung, there is plan to introduce an organic compost plant in the area. The cost of horizontal trellis being high, we are seeking subsidy support from the relevant government department for the same. KNSFPCL is also planning to sell different types of organic products to ginger farmers. And purchase 50% of their produces from the farmers’ door step. 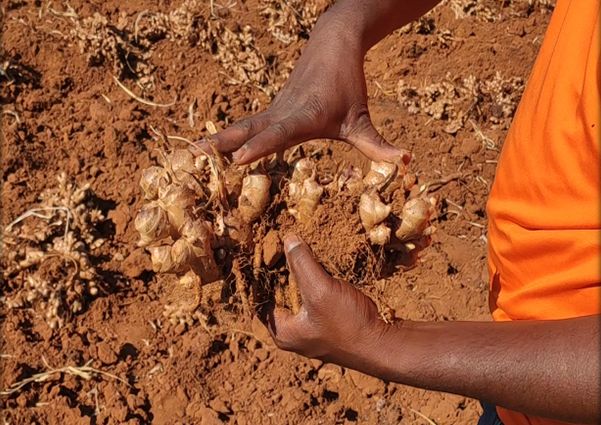