Got Your Shot?
by Anupam & Shuvajit Chakraborty, Chakai, Bihar 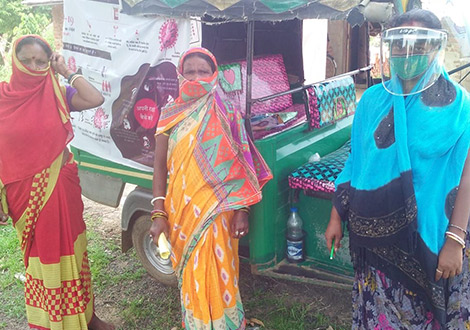 COVID-19, a virus, has become a milestone in human history. It has robbed people off their peace of mind and freedom of movement. In rural India, even home isolation cannot ensure enough safety for the inhabitants, most of the huts are devoid of proper ventilation and not much physical distance is possible due to lack of rooms. Infection was spreading in these pockets faster than in urban centres. Getting every person vaccinated has become extremely crucial. Far flung villages of Chakai block in southern Bihar are no exception. 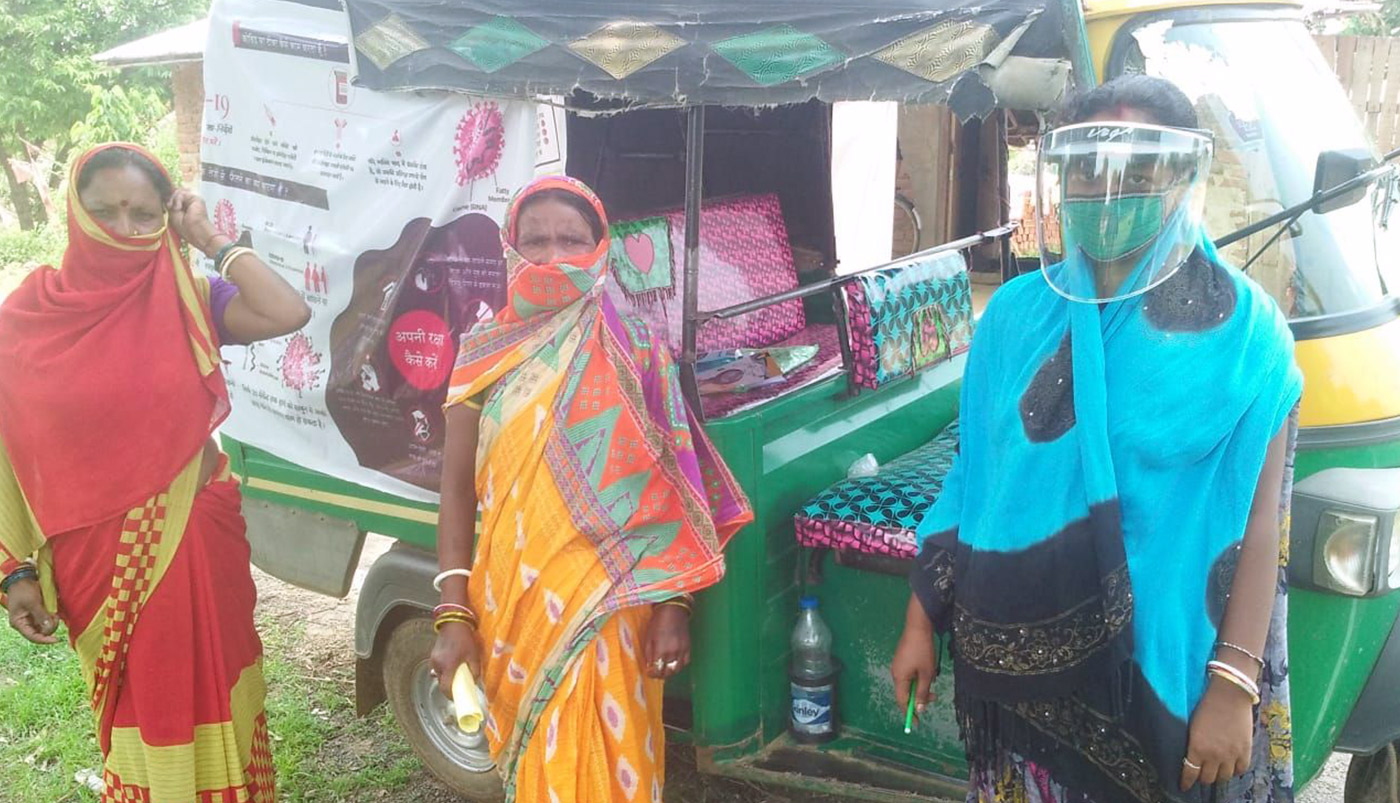 In order to help the Health Department, Referral (Government) hospital of Chakai, PRADAN staff along with the front-line workers started going all out to fructify the vaccination drive, including registration. But convincing people in the villages of Chakai was more difficult than anyone had thought it would be. Most of the villagers were extremely doubtful about whether to get the vaccines in the first place. In fact, they were afraid. 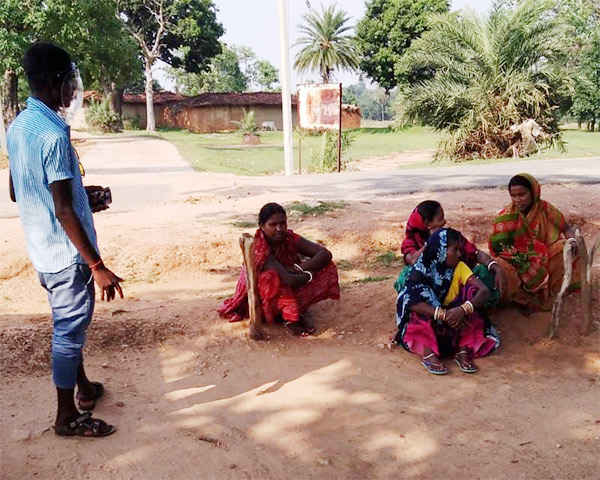 So, what’s the fear all about? Simply put, death or infertility. Over the past one and half months, there have been some incidences of death after taking the vaccine shots. Some of them had fever, a few others had diarrhoea when the shots were administered. In a short while after taking the vaccines they died. The mystery behind their deaths could not be solved and the obvious reason therefore was the vaccine shots. Some of the respected folks in the village community propagated – “One would die anyway due to the virus. There’s still a possibility to survive if you take safeguard. But what’s the use of injecting poison in your body and invite death?”

For another section of the community, vaccination seemed to be a means to control birth! For them it was a deliberate attempt by the administration to make them infertile so that reproduction stops. Vaccination for COVID-19 was just a pretext.

Murmurs, discussions, lectures, dictates – opinion against vaccine was becoming definite and firm. In the villages, on one hand people were falling sick with symptoms clearly indicating COVID-19. But none was willing to undertake the tests. On the other, vaccine was a strict no-no, especially for people in between 18-45 years age group. 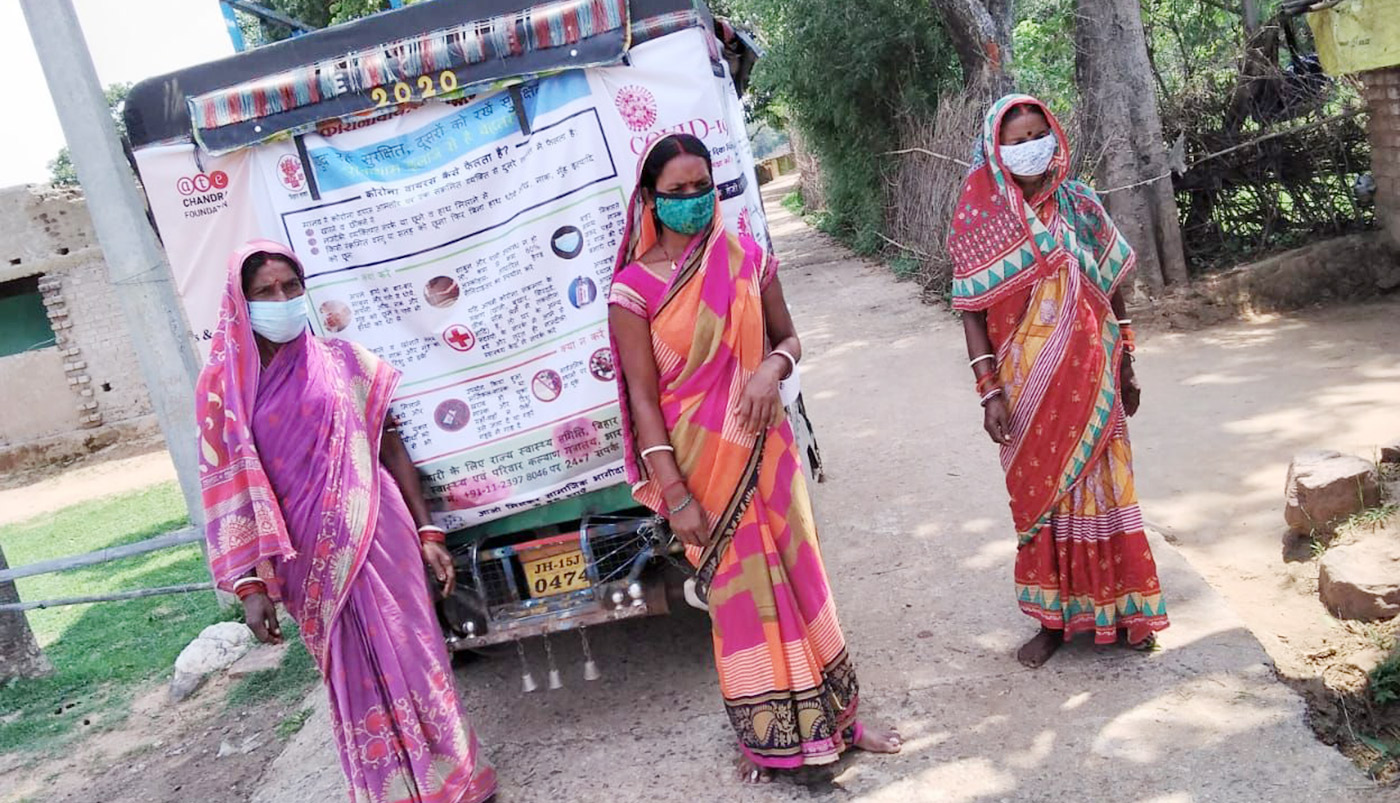 Understanding the gravity of the situation and the necessity for immunization, members of federation Jeevan Marshal Mahila Sangh of Chakai, came forward and decided to reach out to every household of the block. The federation came into existence in 2012. Ever since, they have done several awareness generation programmes before – be it issues of domestic violence, or illegal selling of country-liquor, or deferred payments of NREGS work, or voting in elections – Jeevan Marshal federation members have always borne the torch and made people aware about their rights and duties. This time it was no less than a proper war. 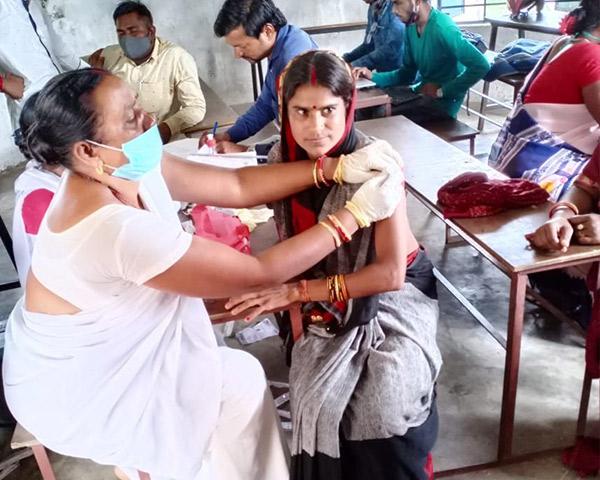 Keeping people safe from the deadly virus and convincing a totally unwilling population for vaccination, seemed like a mission quite impossible to accomplish. Staff members of PRADAN and the Public Health Centres joined their rallies. Vans equipped with banners and loud-speakers were deployed to spread best practices to take safeguard against. MOIC (Medical Officer in- Charge), BCM (Block Community Mobilizer) along with federation members gave green signal to three vans hired from Chakai block town, with financial support from ATE Chandra Foundation. 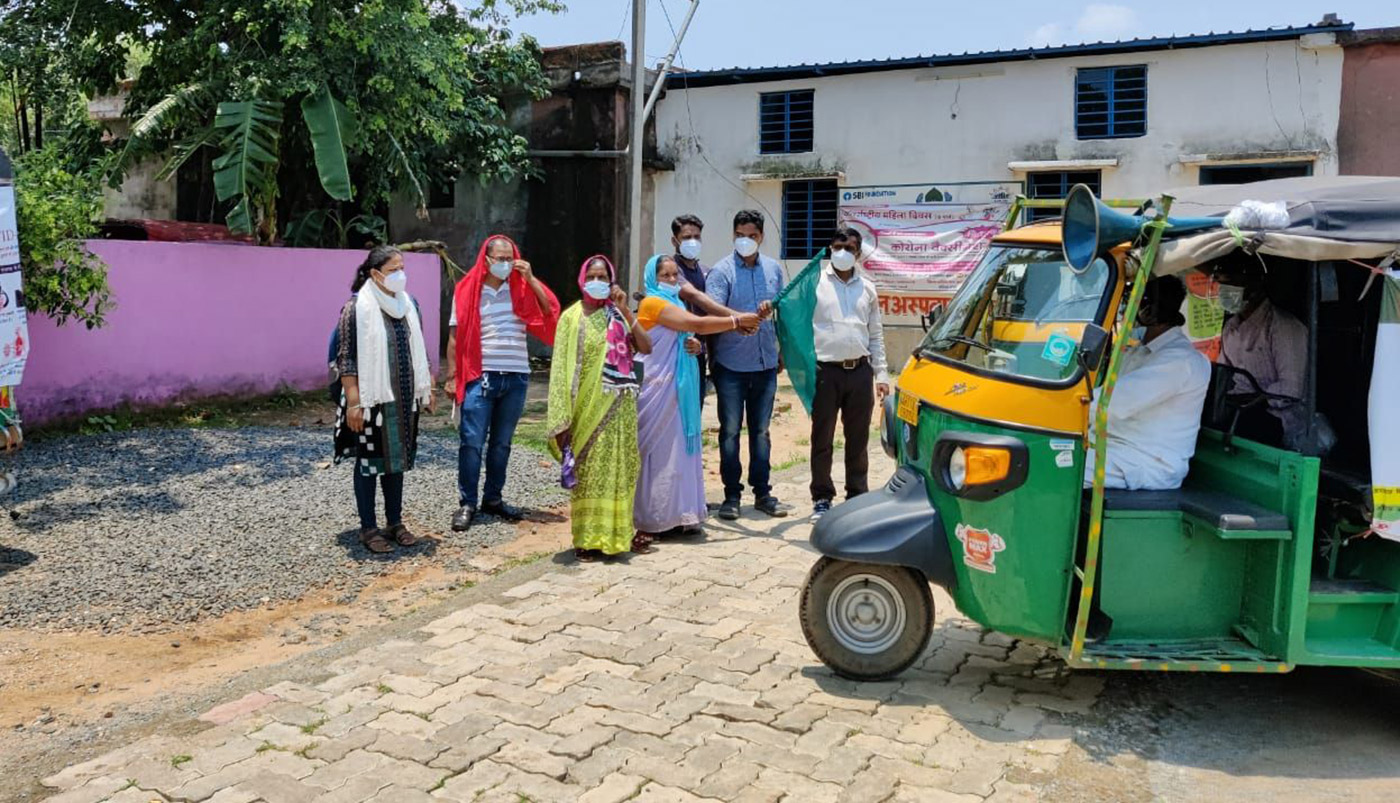 The meandering lanes of each village started resonating the messages, loud and clear. The women knocked each and every door to talk to the villagers. Not only that, they mandated to set examples in front of the people, yet again with their own lives, by getting their shots first. “If we didn’t die, why will you?” 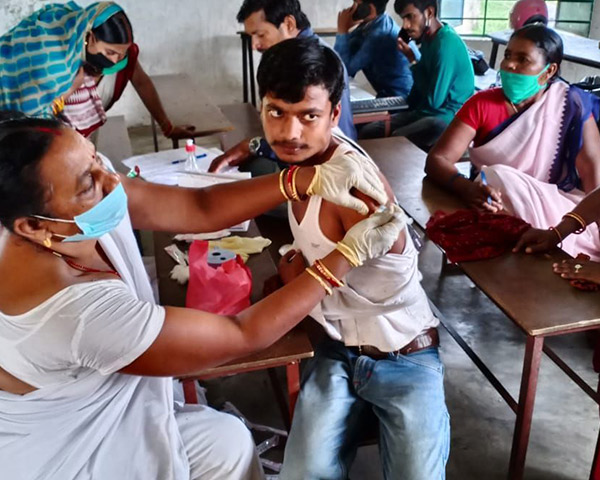 It’s a process which has just begun. And it’s a tough challenge. So far 200 people actually registered themselves for vaccination and got their shots. With more and more examples of successful vaccination, the women of Jeevan Marshal federation are convinced that they will be able to turn the wheel. 200, 2000, 5000, 7000, and for sure almost all the 12,000 inhabitants of Chakai villages. 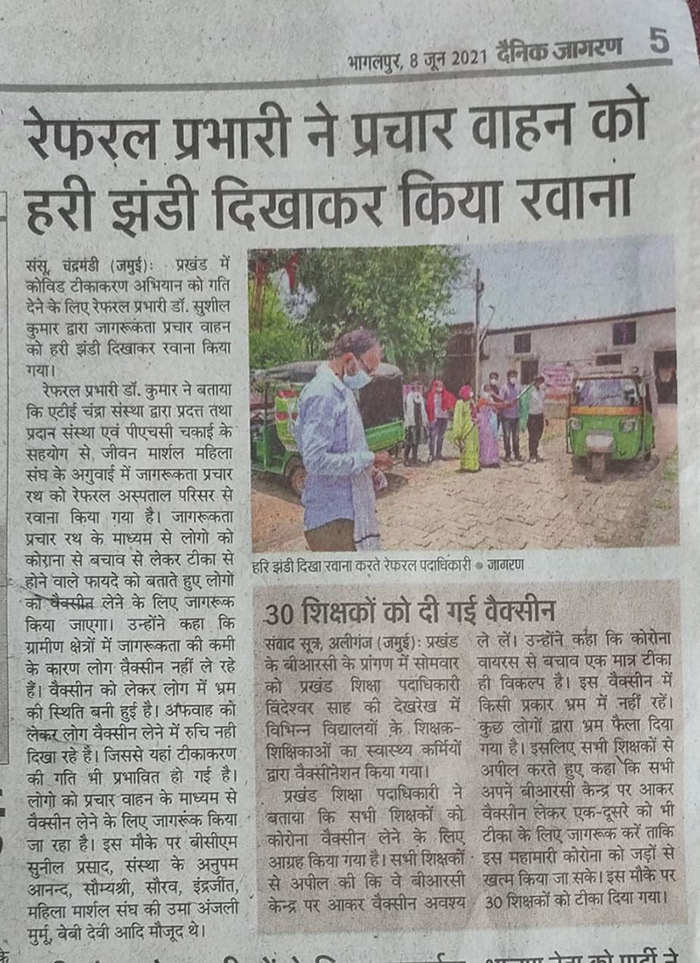