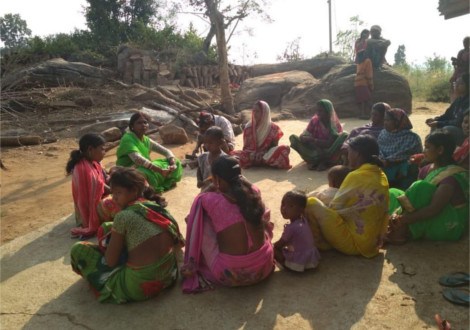 “Absolutely!” was the prompt reply of the PRADAN professional. “But we need to elect a Pashu Sakhi (para-veterinarian) and Jogini Devi would be the right person.”

“Will I be able to give ample time to the activity and being a woman, will I be accepted as a Pashu Sakhi?" Wondered Jogini.

Amnari village of Tatijharia Block of Hazaribag district in Jharkhand has become the talk of the neighbouring areas. All thanks to a woman, which is a rarity in this male dominated area. Villagers have witnessed the emergence of Jogini Devi from a home maker to a socially accepted Pashu Sakhi (literally means friend of the small ruminants, actually a para-veterinarian). Taking a new path is never easy. For Jogini Devi too, it was a difficult journey.

It all began with PRADAN’s Churchu team. They were eager to discover the reasons for low income from livestock activities despite suitability of the environment. While interacting with the villagers, they discovered that each year around a hundred goats would die due to disease outbreak, leading to a potential income loss of rupees four lakhs. Each household would again invest in a goat or two, leading to the same result.

SHG women (didis) would take the help of local veterinary doctors when the goats showed symptoms of the disease, but the cost of treatment was high. Most of them would simply let it be saying it was bad luck or just their fate, and let the animal die.

After several discussions with the villagers, the PRADAN team realized that it was the lack of awareness about de-worming and vaccination which was causing disease outbreaks especially during the monsoon. It was also felt that while about 70% of the total mortality was due to disease outbreak, the rest of the 30% was because of poor food, unhygienic shed and predators.

“Absolutely!” was the prompt reply of the PRADAN professional. “But we need to elect a Pashu Sakhi and Jogini Devi would be the right person.”

The villagers were taken aback and so was Jogini Devi herself. Many questions came up in everyone’s minds, the primary being:

“Vaccination and treatment of an animal is not a woman’s job. How can Jogini Devi do it?”

Jogini Devi was apprehensive herself.

“Will I be able to give ample time to the activity and being a woman, will I be accepted as a Pashu Sakhi? Will my family members allow me to go outside my home and the village to perform the task?” she wondered. 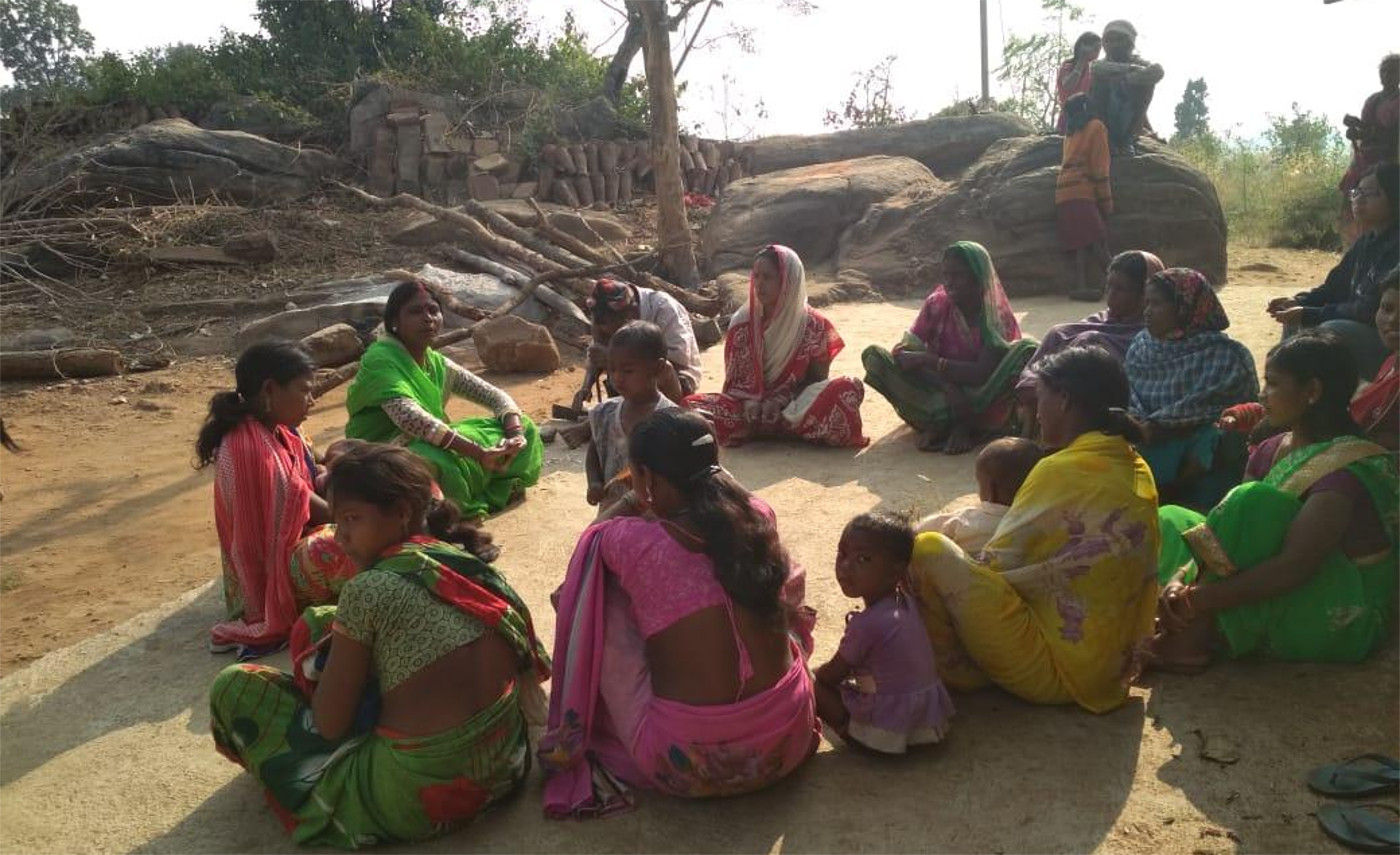 After a lot of introspection and talking to the PRADAN team, Jogini Devi gained confidence. She knew that the Amnari Ajivika Gram Sangathan would help, and the thought of being recognized as a skilled Pashu Sakhi was a huge attraction. Alongside, she was eager to earn some money through this to supplement her family’s income, her husband, a mason, being the only bread winner.

Jogini Devi was ready to take on the challenge though she knew she had to work hard to build her skills. She was sent to participate in a three day workshop on Integrated Livestock Rearing (ILR) which helped her to understand the process of livestock rearing and get first-hand experience of performing vaccination.

Back in her village, she did a survey on livestock rearing families and generated the indent for deworming and vaccination. She was able to mobilize an advance of Rs. 3000 from families for a deworming camp. In the first camp she organised, 90 goats from 30 families were vaccinated by her. She then began door to door visits and organised trainings at the SHG level to educate and motivate the families who were part of this activity. 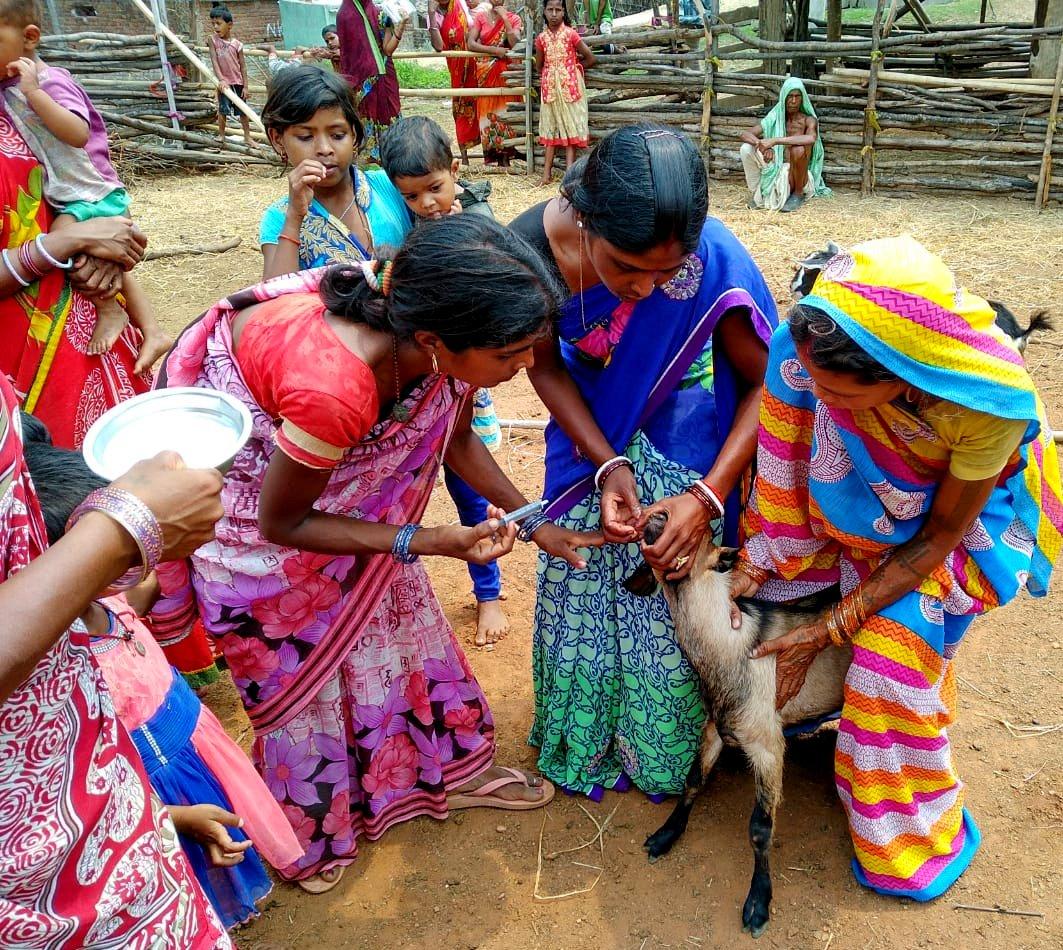 Soon a second vaccination camp was organised by her in which 150 households from four hamlets participated in the vaccination drive.

Today, Jogini Devi is working with 250 households in seven hamlets. A total of 160 families have enrolled themselves for the formal system of livestock services provided by her which means having a calendar of important vaccinations and a passbook. Not just this, Jogini Devi has also started herbal medicinal practices in her village.

Jogini Devi’s hard work has indeed paid off! SHG’s take her help and guidance. Her fellow Pashu Sakhis are seeking her support to enhance their learning and skills. Today, the average mortality of the livestock in villages has decreased to 30% per year from the earlier 100%. Deadly diseases like PPR and ET have been fully controlled and not a single such case has been identified during the last three years! The average herd size of the families participating in goat rearing has increased from four to six. Regular deworming has resulted in healthier and shining body of the goats.

The average household income of the family from goat rearing has doubled, from Rs. 6,000 to Rs. 12,000 over the last three years. For Jogini Devi too, there has been immense financial gain. Last year she earned Rs. 42,000 from various activities like deworming, PPR vaccination, herbal tonic and providing training to the SHG members. 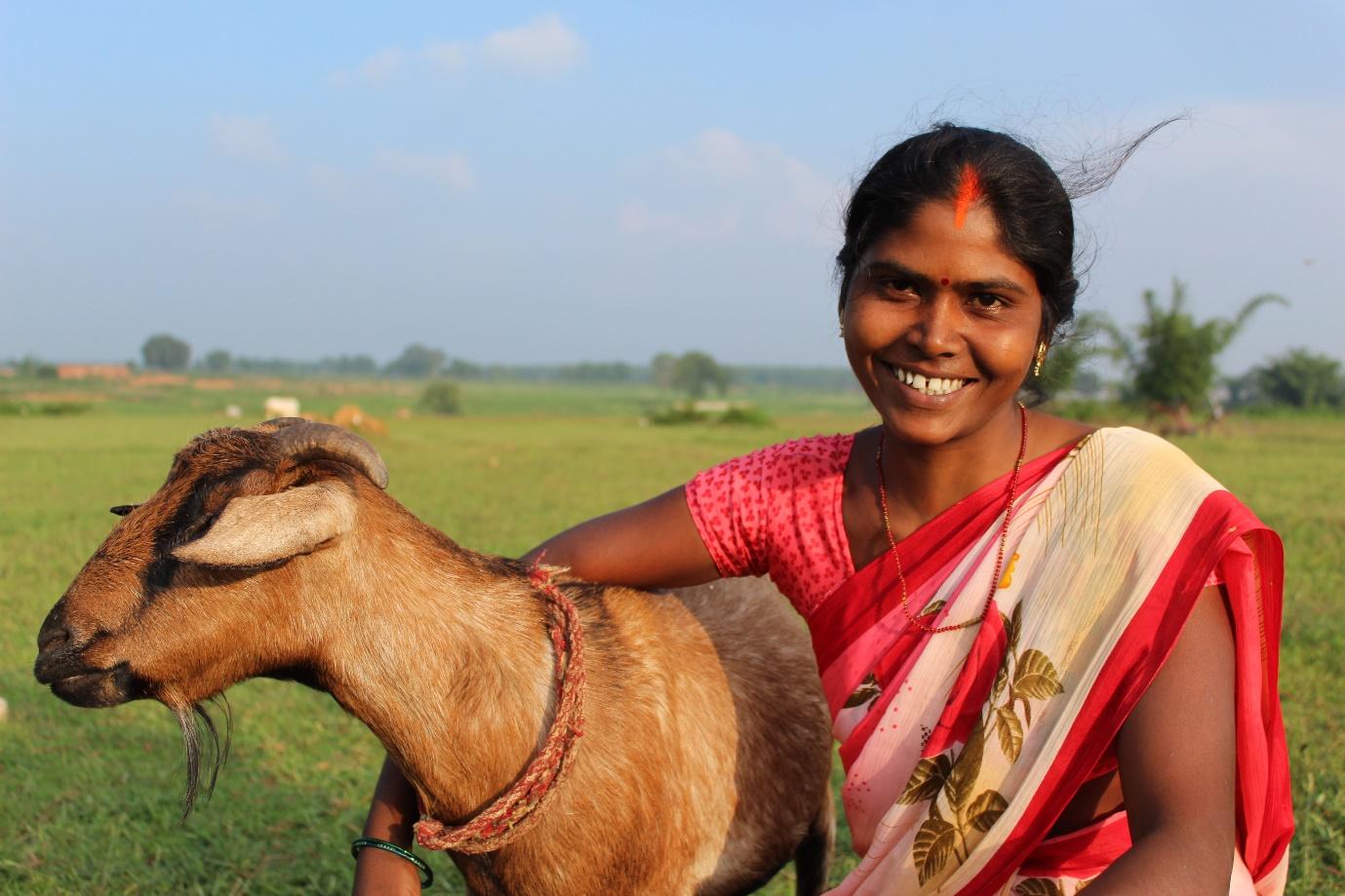 “This engagement has become my passion,” she says with pride. Then adds, “it has not been an easy journey, but today when I look back I realize it was all worth it.”

The first challenge was to handle her personal constraints. Her husband would not allow her to go out, especially to the neighbouring villages. Worse, she had no personal vehicle to support her mobility. But as the money inflow began, the respect started growing too. She began cultivating her land which was not possible earlier due to the scarcity of money. She started contributing to the school fees of her children, purchased a mobile phone, bought a few utensils and some furniture for the house. All from her own income!

Outside the house, was challenging too. Except for a few didis, nobody paid in advance for deworming and vaccination, but as results became positive, more and more didis began to pay in advance. Also, in the first year sometimes she had to bear the cost of vaccines as some families would withdraw at the last moment. Gradually, mutual trust was built and now such cases are rare.

The biggest change has been in the thinking of the villagers.

“We had to refuse services of accomplished veterinarians, now this woman has become a doctor herself! We will see what caliber she shows” was something she had heard often.

The ones taunting her then are now respecting her as Pashu Sakhi and appreciating her work. The real turn around has been in the men of the village who thought that this was not a woman’s job. Jogini Devi is now well accepted by the community.

The first Pashu Sakhi in the area is truly the talk of the town! And rightly so! Motivating, guiding and helping everyone along the way.