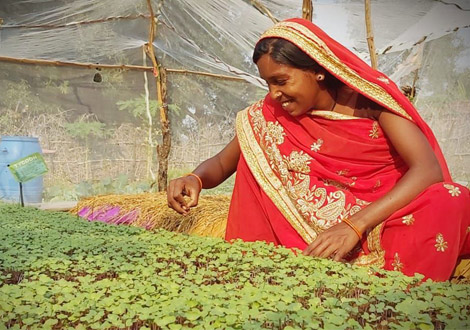 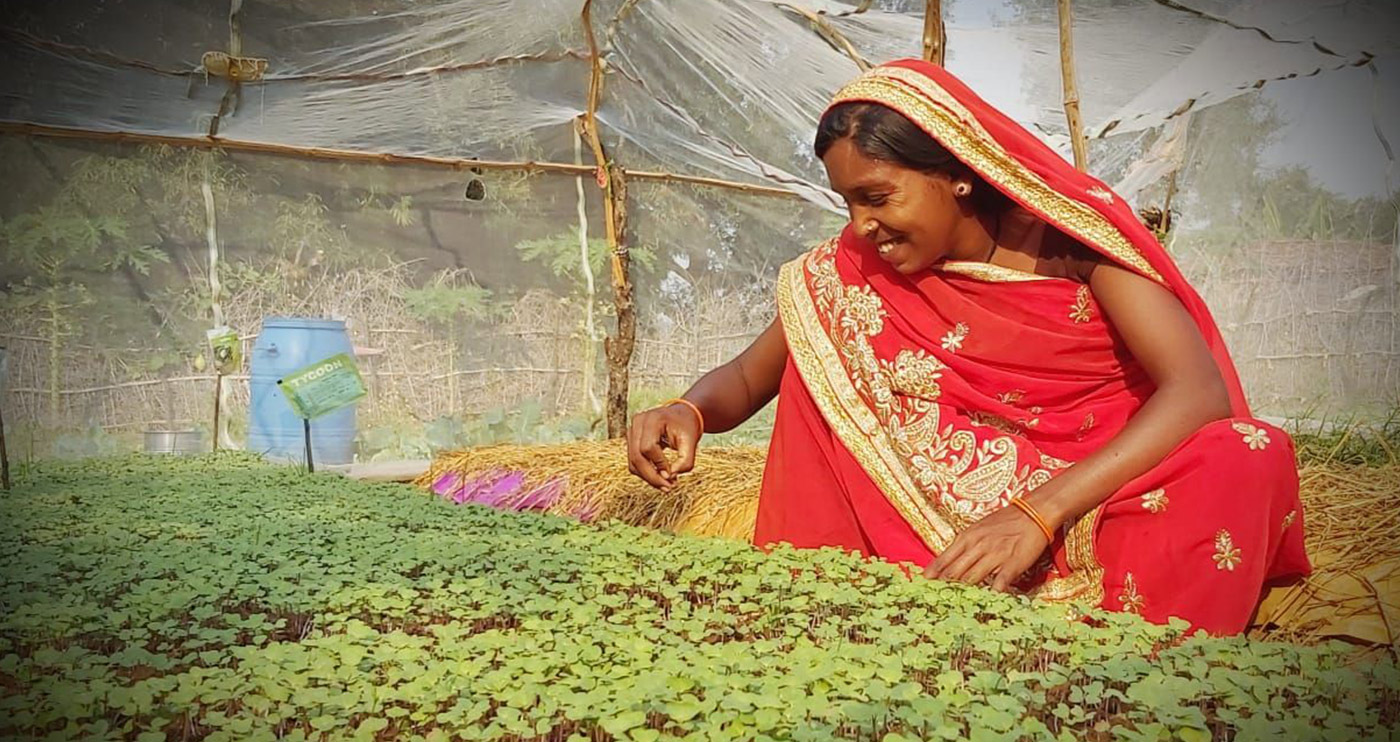 Foolmati was going to be a mother once again! It will be her second child. Her daughter Swati, knew that the day is not far when she will be able to cuddle her brother or sister in her own arms. Her tiny, but swift steps would follow Foolmati everywhere the entire day, just like her own shadow. For Foolmati the advent of monsoon last year didn’t only mark the second trimester of her second pregnancy, but her mind was impregnated with a completely new thought with a tremendous potential to transform the face of farming, not only in her Godbahra village, but five other nearby villages as well. So, Foolmati was even more excited than Swati.

Until a couple of years ago, Godbahra farmers used to till their lands and grow crops, only in monsoon. Since generations the families depended on farming to feed themselves. During the dry seasons, the farmers would migrate to distant places to work as manual laborers and earn wages. There were times when eating two meals a day seemed luxury. Foolmati Panika’s family was also no different from the rest of the villagers in this aspect. Even then, Foolmati is pregnant for the second time – which meant there would be an additional member in her family, soon!

But with time, there has been a perceptible change in how the Godbahra farmers grow their crops. Water resources had increased by virtue of joint planning in between villagers and Panchayat members with facilitation from PRADAN staff in villages of Sarai tehsil. Crops could be grown in winter too, but handling the new kinds of seeds seemed problematic. Relying on them for quality output and also bridging the losses incurred due to pest attack, unpredictable rainfall and wrong practices of nursery preparation was not a possibility that farmers could count on. There was no one stop solution for all these problems in Godbahra.

Members of PRADAN Sarai team along with members of Mahan Mahila Krishi producer company were repeatedly discussing about this problem and proposed to promote agriculture entrepreneurship for Godbahra farmers. Foolmati is one of the farmers who enrolled herself for an orientation workshop on Agriculture Entrepreneurship. While attending the sessions, she conceived the idea of a centralized vegetable nursery – because local farmers never had a reliable place to buy seeds or saplings from. Slowly, but steadily, she started believing in her ability to change the whole scenario of vegetable cultivation with her services to all the nearby five villages, where she now operates along with the Krishi Sakhi to ensure a reasonable income of vegetable farmers. Foolmati was confident about her abilities, but she had a lot of apprehensions. 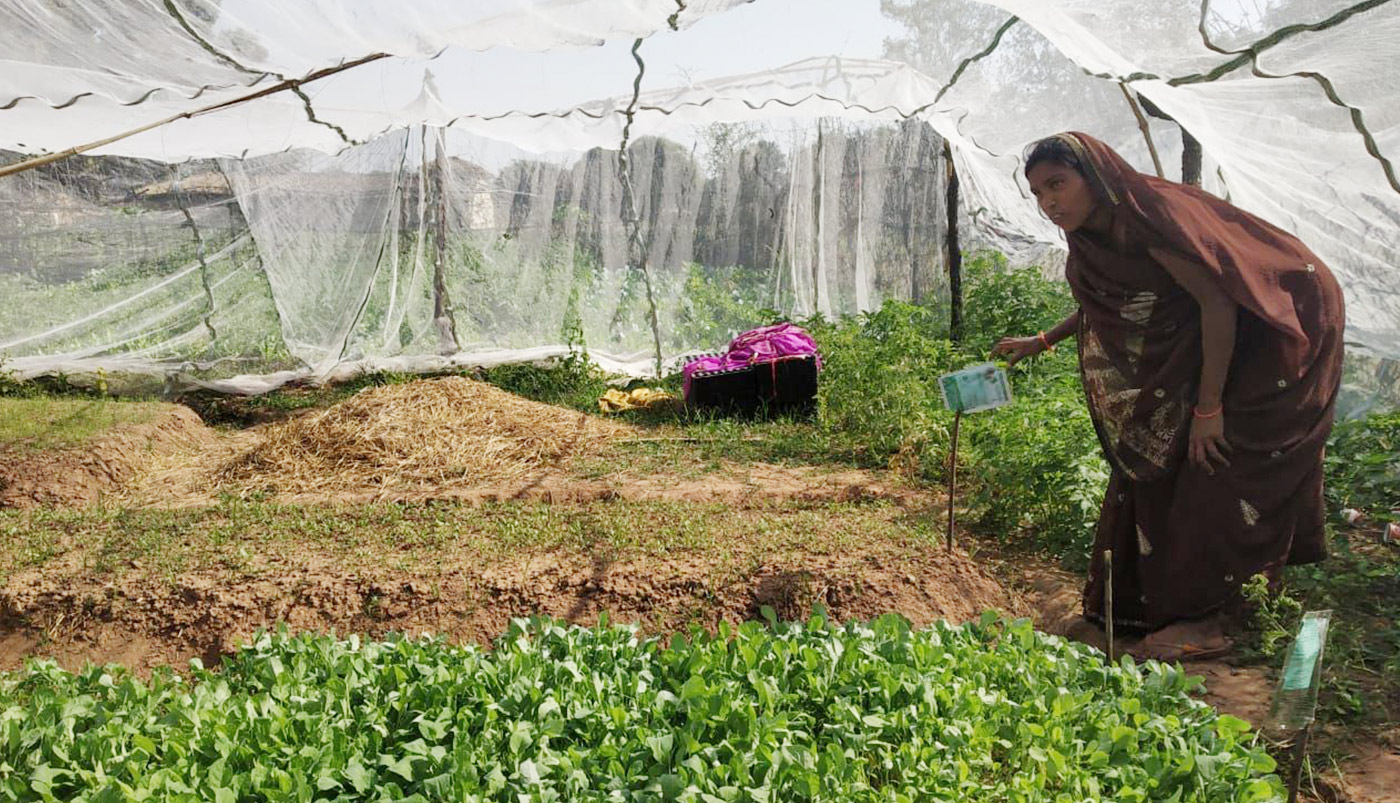 (Foolmati was apprehensive if the SHG members and other farmers refuse to buy her saplings? What will she do with her saplings then? What if there is an unfavorable climate or a pest attack happens? Last but not the least – her baby will arrive in a few months from now – what if she fails to continue with her services?) Foolmati’s nights were sleepless.

Making a greenhouse was urgent for preparing saplings. She was almost entering the last trimester of her pregnancy and collecting bamboos, creating the structure, preparing nursery beds all seemed quite impossible to achieve on her own. With support from her Veena SHG-sisters and her husband she pulled it off, a greenhouse was ready with a capacity to 40,000 saplings. Seeds of tomato, chilies, brinjal, cabbage and cauliflower were sown and by the second week of October her nursery was ready with 25,000 lush green saplings. She prepared 10,000 saplings in coco peat (soil made from pith inside a coconut husk) and the rest in the raised beds. Foolmati used only organic materials like VAM, Pseudomonas, Trichoderma, cow dung etc.

(These saplings are also like my own babies. They will be healthy only if I take good care of each of them) 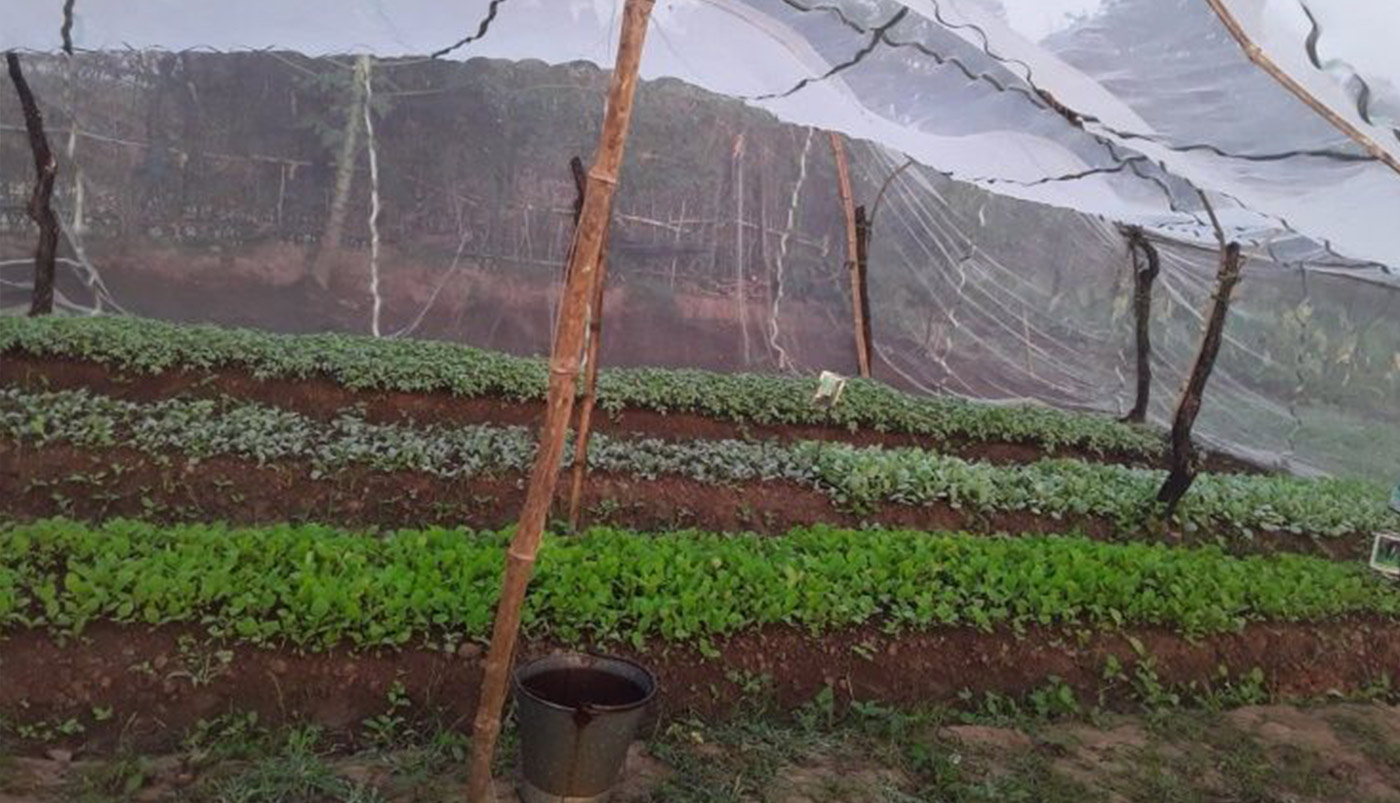 Swati couldn’t take her eyes off from the new saplings. Her role in preparing the nursery was no less important than her mother – after all she would run errands when the greenhouse construction was on full swing and would sit next to the beds all day waiting for the leaves to emerge!

Foolmati’s seedlings were sold within just four days. She started selling on the 20th and ran out of saplings by October 24th catering to 550 farmers from nearby five villages.

That night Foolmati’s husband held her hands and said

(Come let’s increase the size of our nursery, let’s prepare 80,000 saplings in winter)

Foolmati had to rely on her husband to start the second round by November first week. They sowed 20,000 seeds. Her SHG-sisters prepared the beds this time and did the weeding. Foolmati paid each one Rs.100 as daily wage. Munni and Saraswati from Veena SHG, extended their services for two full days. 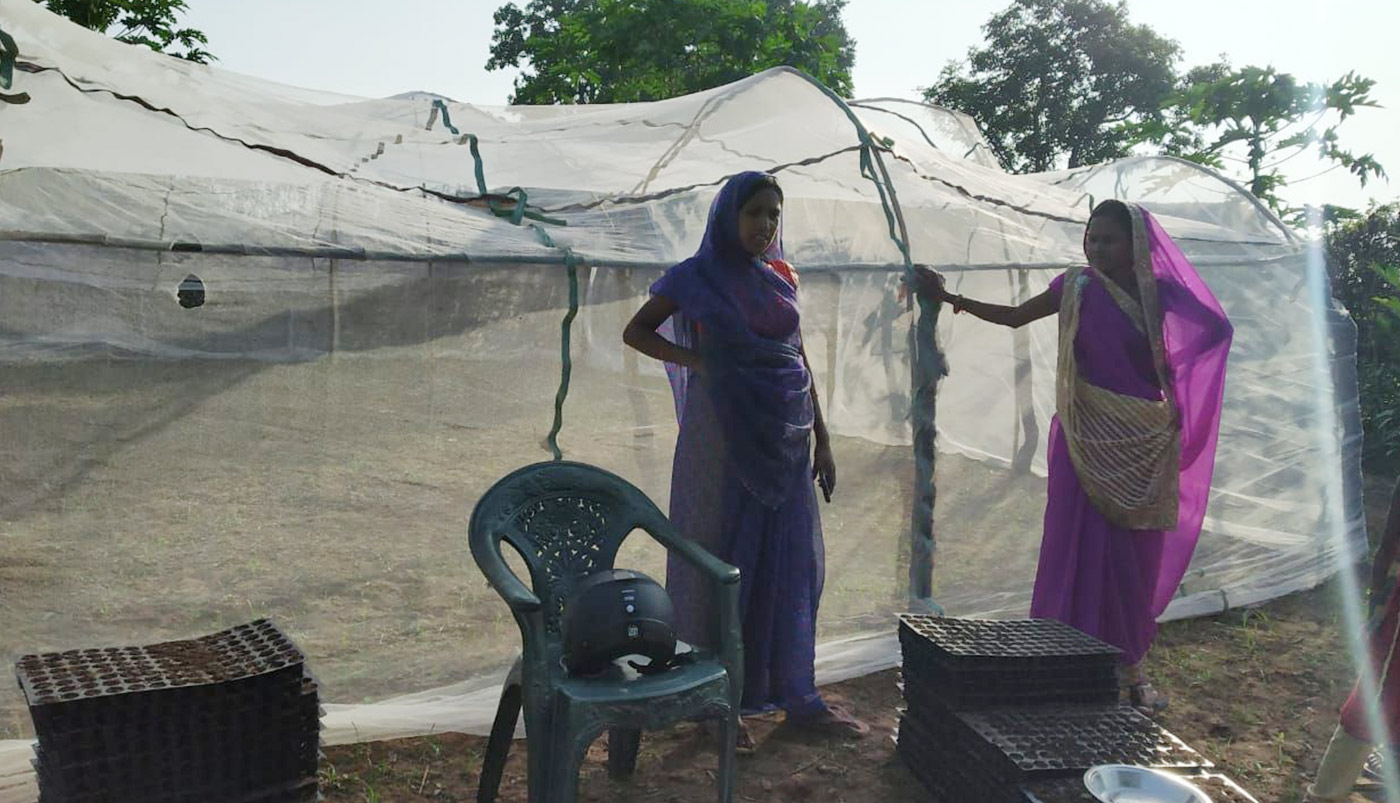 Foolmati didn’t stop at selling the saplings. She followed up with the Krishi Sakhis (they help farmers access centralized nurseries, and would be eventually groomed to become entrepreneurs) to ensure the farmers are adhering to proper cultivation process. She checked with the farmers on the health of the plants and crops over video calls. Her timely intervention of a centralized nursery helped all of them minimize their loss.

With an initial investment of Rs. 12,500 for seeds and other inputs, she earned more than Rs. 40,000 within a span of just three months. 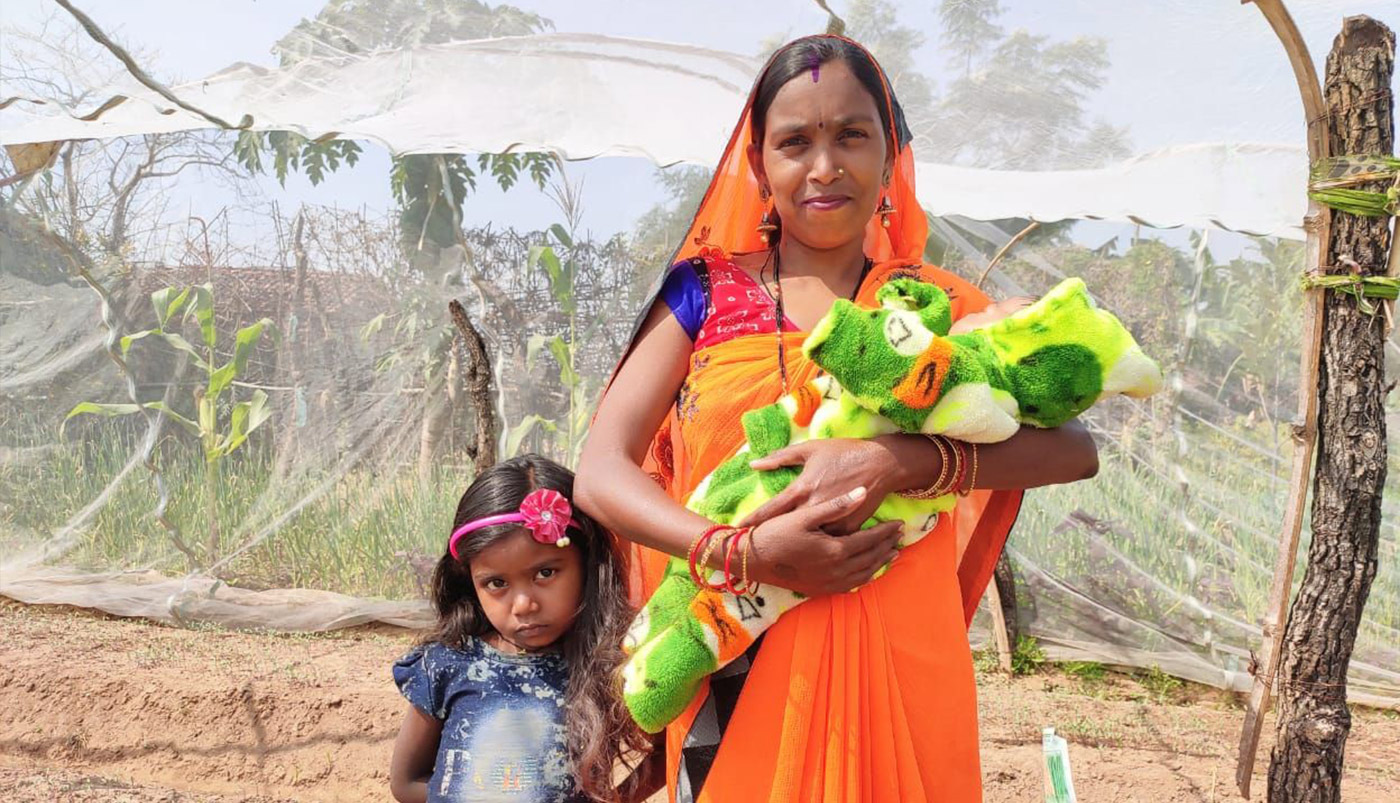 As Foolmati’s husband is eyeing for an 80,000-capacity nursery the next Kharif, Foolmati has welcomed Arpit, her baby boy. And the Pankias, a family of four, has become the face of a completely new style of agriculture that avoids loss, and guarantees remunerative incomes in some of the poverty hotbeds of remote Madhya Pradesh.