Despite the progress made by India in the last few decades, women, particularly rural women, still fall in the lowest ladder in all socio-economic parameters. A crime is committed against a woman every two minutes*. Gender based violence and discrimination is rampant. The say of women inside the household or outside is limited.

Collectivizing rural women into Self Help Groups (SHGs) creates a safe space for them to initiate dialogue on gender inequality. At the community level, we work with 50,000 women’s SHGs, which are organized into over 89 women’s federations. Our initiatives like Nari Adalat (literally, women’s court) under the umbrella of Damodar Mahila Mandal Sangh, Koderma are mechanisms of a form of Alternative Dispute Resolution to support women in distress.

Your contribution will support women from Self Help Group (SHG) to challenge gender norms inside the household and the village by working on gender equality.

Thhutasole village in Bankura district of West Bengal is microcosmic when it comes to the relationship between men and women inside the household or outside. Apart from entrenched gender inequalities in every sphere of society, domestic violence was widespread, with surprisingly many instances of polygamy. 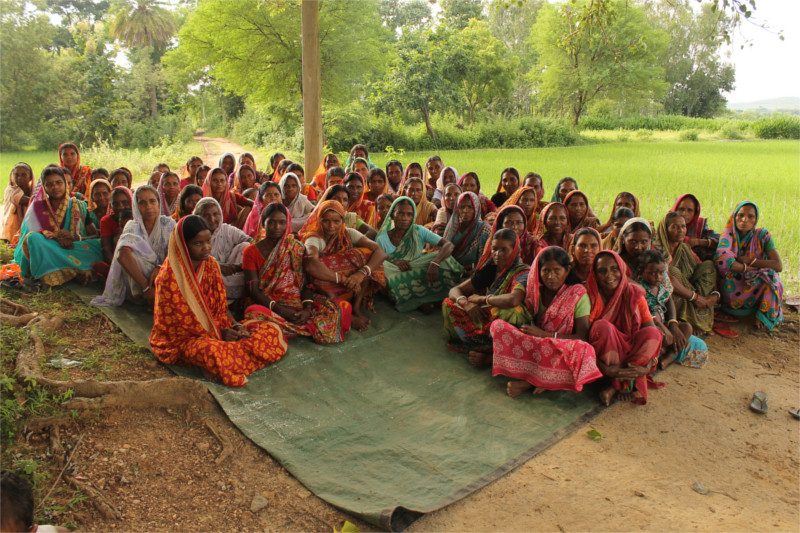 Many years of PRADAN’s engagement on gender and patriarchy with eight SHGs in this village created a safe space for women: the collective strength of the SHGs was a deterrent against physical abuse in the household.

One day, when a distressed group member, Jyotsna, came weeping to an SHG meeting, the women (see picture) decided to challenge the issue of polygamy head on. A police complaint was registered and the family was confronted. Unlike the past, the sensitive issue of polygamy was no longer swept under the carpet. Incidentally, a few days later, Jyotsna’s sister-in-law from the next village approached the SHGs to resolve the issue of incessant domestic abuse in her household. These brave women negotiated these two cases and several others in their village as well as in all nearby villages tactfully. Whereas tensions do flare up in both Jyotsna’s and her sister-in-law’s homes, there is no physical abuse and the practice of polygamy is constantly challenged.