Low participation of communities in grassroots governance and apathy of public institutions, be it in PDS system, government schools or health centre has resulted in poor service delivery. The impact of this translates into abysmal development index: India’s Human Development Index at 0.624 is the lowest in BRIC countries*. Alarmingly, the HDI of tribal communities in India is 30% lower than the national average.

PRADAN works in rural areas in the most backward districts of India with tribes and indigenous groups by empowering Self Help Groups (SHGs) and associated village organisations (VOs) to engage with different institutional stakeholders to strengthen grassroots governance. More than 6,000 PRADAN promoted SHG members have contested elections held for local self-governance (LSG). In Jharkhand alone, 350 women were elected to LSG.

Your contribution will trigger active engagement of communities in grassroot institutions like Panchayat, Health Services, Schools and their higher tiers. This will lead to improved infrastructure and functioning of public services/schemes – panchayat, MGNREGS, schools, health services, roads, PDS and sanitation.

The families in the Jhirka village in Dumka district for a very long time had resigned to the fate of dysfunctional service delivery. The Indian government has identified Dumka as one of the most Backward districts in the country, with very shabby grass-roots institutions. 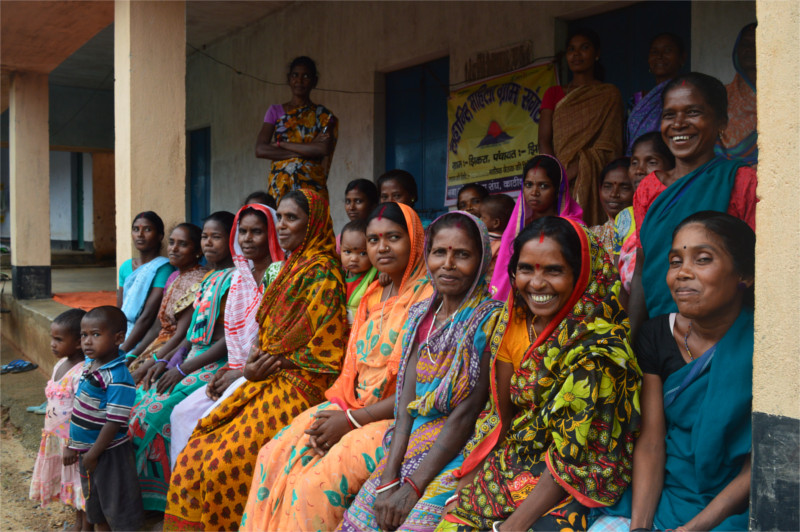 PRADAN has been working on grass-roots governance by empowering the women of SHGs through direct training and increasing their accessibility to information about constitutionally mandated rights and entitlements. This has led to women raising their voice on issues of governance. However, little changed in the PDS ration shop in Jhirka village. Institutional corruption was the norm, with a ‘cut’ of the profit being delivered to multiple levels. Finally, the Village Organisation (VO), comprising 10 SHGs, decided to challenge the nexus. What started as a small voice in one village soon took the shape of a mass movement, with women from SHGs of other villages joining. This people’s movement then went to the streets, with hundreds of women blocking the road. The authorities retaliated with equal fervor. The tribal women in this far flung area, however, were adamant; it was their right and they would not back down at any cost. After a relentless struggle of 10 months through writing applications, filing complaints, protesting against officials and voicing disapproval at ration shops, these resilient women finally tasted victory. (One written complaint was even marked to the Advisor, Supreme Court, Right to Food Case, Ranchi!)

Corrupt PDS ration shop dealers were removed. The registration of two ration shops was cancelled. The system was finally limping towards some transparency. What was more; the fire of change had been lit. Other empowered SHGs in different villages took the cue and are now demanding transparency in institutional service delivery: be it the Anganwadi Kendras, Social Security Schemes, Health Services or Mid-Day Meal programmes in school.

We need ₹20000 per village support for a 2 year engagement.