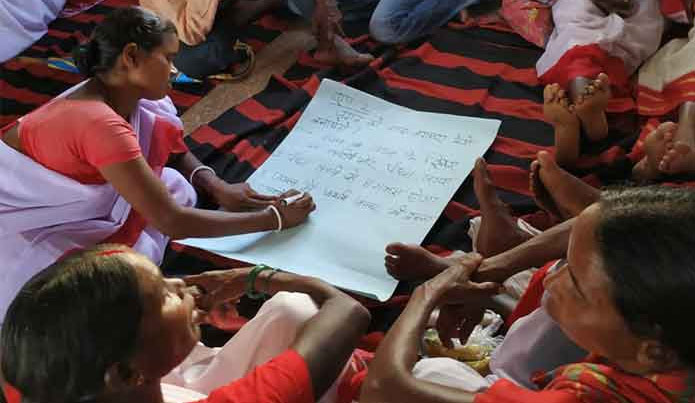 Sukanti Oraon of Jana, a village in Gumla district of Jharkhand, clearly remembers the day her Self Help Group (SHG) was formed. It was the 25th of November 1995, Saturday. Women of this Adivasi village came together to form SHGs with guidance from PRADAN, a national level Non-profit.

Like many other villages in that region, agriculture was mainly rain fed in Jana and fluctuation in rainfall affected the production to a great extent. The villagers hardly had any irrigation source and hence winter crop (Rabi) was grown on a very small area of land. To meet their household needs some villagers used to migrate to other states in search of work. Further, many young people got influenced by the left wing extremists inflicting the area and joined them with a hope that it would help them come out of the abject poverty.