Nearly 48% poor families across India take loans from informal sources such as moneylenders and landlords, according to All-India Debt and Investment Survey. Small farming families pay exorbitant interest on small loans and fall into a perpetual debt trap.

Forming an SHG, comprising 10–15 women, is the first step to break this vicious trap. Women from poor households start saving as a group, with individual contributions of Rs 10 or 20 each week. As the corpus grows, this fund is used by poor households during emergencies. The SHGs build linkages with institutions such as banks for credit. The SHG approach to community mobilization, started by PRADAN in 1987, is now the lynchpin mobilization strategy in the National Rural Livelihoods Mission (NRLM) in India. PRADAN today works with 50,000 groups across India.

Your contribution will support a group in taking the first steps towards financial self-reliance.

Bringing Financial Self-reliance and Respect through SHGs in Rural India

The excitement on Navrattan’s face is not just about getting back her precious necklace and bangles from the local money lender, it is the freedom from 120% annual rate of interest that she had to pay for her credit needs. Rural families fall into perpetual debt trap due to lack of access to easy and fair credit. SHGs across India have played a vital role in addressing this gap. 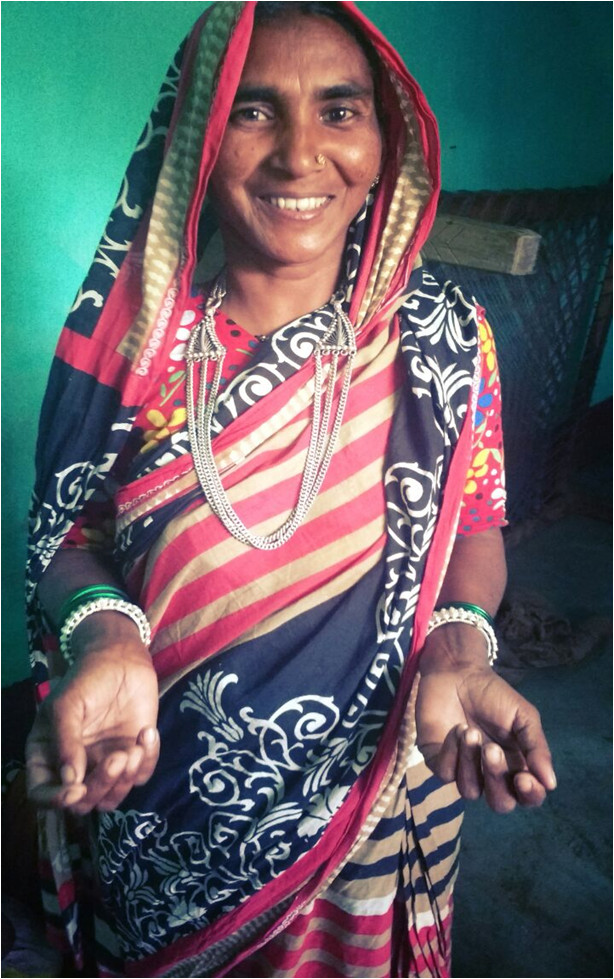 The Naari Shakti Mahila Mandal Self Help Group (SHG), which she is a part of in the village of Ramkol in Jharkhand, already has many more remarkable stories of change where women are becoming financially self-reliant through their saving group. Formed just a year back, it is redefining the idea of micro-saving for the future in the lives of these 15 women. The group saving is now used for emergency medical needs, buying agricultural inputs, children’s well being and education and most importantly has given the women a great sense of dignity and pride. Gone are the days when they had to bow before money lenders even for small credit. Today, they inter-loan at nominal interest rates under terms and conditions set by the women themselves!